WALES has proclaimed Merthyr Tydfil to be its greatest ever achievement.

The principality’s tourist board plans to advertise it as the new premier holiday destination for thrill-seekers with the slogan ‘The Town that Tells the Rest of the World to Fuck Off’.

Merthyr resident, Wayne Hayes, said “Between the nappy-clad smokers and barely-concealed undercurrent of violence, living here is like a bronchial cross between Jeremy Kyle and Jurassic Park.

“Every trip to the corner shop is an adventure where coming home intact feels like a victory.

“I used to live in London and worry about whether Fleet Foxes were still cool or when I was going to visit a new gastro pub. Now my only concern is whether I’ve left anything flammable in the garden.”

Hayes added: “When absolutely anything could kill you at any second you reach a level of Zen-like acceptance that’s really quite invigorating.

“Bob Dylan wrote that ‘When you’ve got nothing you’ve got nothing to lose’ but had he been from Merthyr, he’d probably have said ‘Fling a shopping trolley through the window of Threshers, grab as much as you can and run like fuck’.” 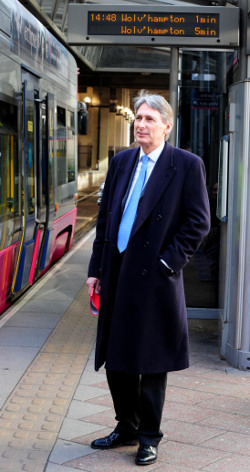 PLANS to thrust a huge metal phallus back and forth between Birmingham and London are not about me, transport secretary Philip Hammond has claimed.

Rampant2 is a 100-metre-long chrome-plated, rail-bound model of the male genitalia that will travel at immense speed between Britain’s two major cities, spurting out hot, sticky passengers at the end of each journey.

Meanwhile stations in both cities will be redesigned to look much more like vaginas.

The train will not begin its journey until it receives a series of signals at which point it will accelerate to maximum speed and blow its horn.

But angry train user Nikki Hollis said: “Surely making existing rail provisions less utterly diabolical should be more of a priority than building something that has a giant, realistic vein running down its side?

“The money could be used in a way that would benefit the ordinary traveller, for example by hiring assassins to shoot the people who install those seat-back televisions that you can’t turn off properly.”

Mr Hammond said: “Rampant2 may be costly but it will bring tremendous economic benefits and an immense feeling of satisfaction.

“And, purely by coincidence, it will also show my first two girlfriends that I’m all man.

“Birmingham New Street won’t be asking if it’s in yet.”