Michael Myers having a quiet one this Halloween

IMPLACABLE serial killer Michael Myers has announced plans to spend Halloween relaxing with friends instead of doing his usual murders.

Resilient giant Myers has become well-known for his annual October 31 killing sprees, which typically result in around 20 deaths.

However, this year the seemingly unkillable killer will forego his murderous routine in favour of a quieter night watching DVDs with a handful of close friends and a Grab Bag of Doritos at the facility where he is incarcerated.

Myers said: “Maybe it’s an age thing, but I just don’t feel the desire to relentlessly stalk teenagers with a variety of bladed weapons like I used to. Perhaps because I’ve been there and done it so many times.

“I do think when you lose the passion for something it’s better to just stop.

“Plus physically it’s a lot harder to bounce back from being shot, stabbed, set on fire, thrown off a roof, then shot some more, then impaled on a weathervane, then stabbed in the head, then set alight, then shot a couple more times when you’re just two months’ shy of 56.”

He added: “I’m definitely not going to escape this year. Even if the orderly carelessly forgets to check my harnesses then goes off and sits in his office reading adult magazines and listening to loud music with his back to the door, as tends to happen.”

UK's retirement plan is to wing it 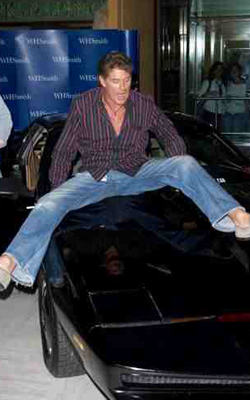 BRITONS are sort of assuming they’ll be able to busk it through years of declining health, it has emerged.

Government data show pension contributions are at their lowest since 1957 with Britons increasingly of the opinion that it’s good to be spontaneous about things like retirement.

Confidence in occupational pensions has also withered, many employees believing their workplace could be a smouldering hole in the ground by the time they get back from lunch.

Martin Bishop, chief analyst at Donnelly-McPartlin, said: “Decades of short-termist economics has inevitably produced a generation that think buying a multipack of crisps is a long-term commitment. It’s like the circle of ah-fuck-it-something-will-come-up.”

“The financial plan for most people interviewed involved a lottery win, poncing off their as-yet unborn children or some hazy business scheme involving selling artisan cheese from home.”

Bishop has predicted that by 2050, one in three people in Britain will be a pensioner begging for change on public transport with the line, ‘I’m not a druggie, sorry for bothering you today folks’.

He added: “The lack of savings could result in a ‘pensions timebomb’ that will detonate in a shower of septuagenarians sleeping on friends’ couches until they get themselves sorted out and occasionally mugging teenagers for cigarettes.”

Wayne Hayes, a feckless income-fritterer from Carlisle in his mid thirties, said: “I haven’t decided on a pension yet but I’m absolutely certain that I want a new plasma screen TV for the upstairs toilet, so you can see the difficult position I’m in.

“Anyway, I’m sure that in thirty years’ time scientists will have invented some kind of special tablet I can take that will keep me in trendy hats and Knight Rider Blu-Ray box sets.”