Middle-class child told he can be anything his parents want

A MIDDLE-CLASS boy has been told he can grow up to be whatever he wants to be, as long as it earns at least six figures.

Six-year-old Archie Turner’s father told him to let his dreams take flight and follow them anywhere, before stressing that if his dreams take him to a career in the arts, outdoors or working with animals they will need to be redirected.

Dad Joseph Turner said: “You can be anything you want to be. But we don’t want to embarass Mummy and Daddy, do we?

“Practically that means lawyer, doctor though ideally consultant, teacher in private school or academy head, dentist, anything in computing where you’re heading a team of 500 programmers in Mumbai, or pharmaceutical rep.

“It’s amazing watching your child grow up and nuturing his character in a very proscriptive way. I just want him to be happy, within a strict set of pre-determined guidelines.

“Imagination can open so many doors. But not as many as my contacts.”

Logan Jr said: “When I grow up I want to be a dinosaur racing driver, a space explorer or an actuary.”

How to put yourself on a 'Brexit diet' 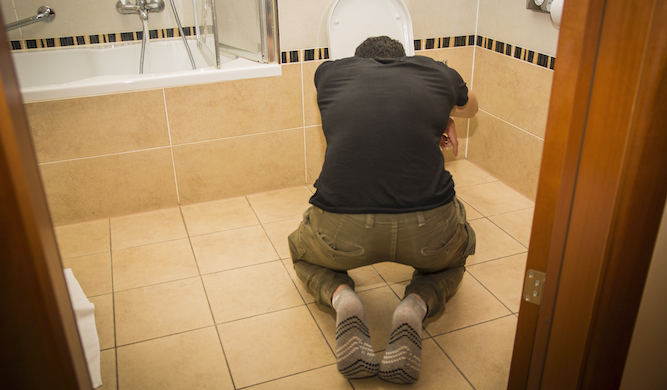 DO YOU know full well that Brexit is ruining your health, but obsessively seek out every little crumb of news about it anyway? Here’s how to wean yourself off.

Instead of filling up on nasty Brexit stories that give you a stomach ulcer, enjoy wholesome, positive news. Try beginning the day with some lovely juicy stories about Trump’s impeachment or Greta Thunberg saving the world. There, isn’t that better?

Nominate a couple of days every week where you don’t consume any Brexit news at all. it might seem impossible at first, but you’ll quickly realise that you don’t actually need it. If there’s a boll*cks petition to sign it’ll still be there tomorrow.

Like a snack addict eating fruit, like a heroin addict on methadone, you can try replacing your Brexit fix with something similarly painful but less damaging in the long-term. Try asking someone to punch you hard in the face, for example.

Sudden withdrawal from Brexit will be uncomfortable and the urge to check Twitter for a hit of frothing outrage will be very hard to overcome. However, once it’s entirely out of your system you will feel reborn. Until it happens.

Much like going on a massive bender and then swearing off alcohol because you want to die, going on a really big Brexit binge could put you off for life. Try listening to Julia Hartley-Brewer’s radio show while simultaneously reading Guido Fawkes and the Daily Mail’s comment section. Warning: could kill.