Middle-class family's showing off enters 'getting some chickens' phase

A MIDDLE-CLASS family has got some chickens as part of their ongoing commitment to showing off.

Affluent conformists Tom and Louise Booker already have a tasteful house in the country, where they work from home doing some morally dubious ‘consultancy’ work that involves fleecing local authorities.

Having recently bought a large white Audi and sent their favourite child to private school, they have now purchased some chickens they don’t really want.

Louise Booker said: “It’s so amazing having the chickens, our youngest Rudy adores them and has a special name for the big one that I can’t remember right now but it’s very lovely.

“And you get delicious ethical eggs, sometimes half a dozen eggs a month which is just brilliant really when all you have to do is feed and generally deal with a load of chickens every single day.”

Neighbour Roy Hobbs said: “I give it a fortnight before the fox gets the chickens. And six months before the next recession gets the Bookers’ ‘shite country magazine’ lifestyle.”

Nation divided over whether to put the heating on 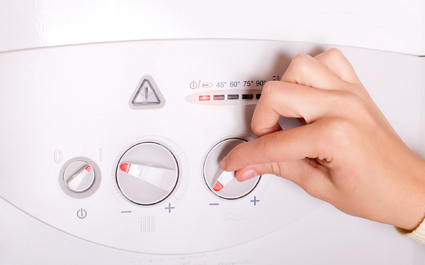 BRITAIN is divided over whether or not it is cold enough to turn on the heating, it has been confirmed.

As pro- and anti-heating factions struggle for control of household temperatures, many fear that war is inevitable.

Emma Bradford, proponent of turning the heating on, said: “It’s definitely cold enough to turn it on, if not just to limber it up for when winter really sets in. Only an idiot would disagree.”

However Tom Booker, advocate for just layering up with a jumper, said: “We’re still seeing highs of about 17 degrees down south. If you’re cold, put some more sodding clothes on.

“I don’t trust these ‘heating people’. Who knows what else they are plotting? Probably to kill us all.”

“It’s deceptively sunny enough to leave half the nation in denial that summer is over, while the other half is already banging on about pumpkin-flavoured coffee drinks.

“Fortunately, data from previous years shows that consensus will be reached in about two to three weeks with the arrival of ‘see your own breath’ weather.”