A MIDDLE-CLASS man thinks he has a rapport with the people building his extension.

41-year-old IT consultant Stephen Malley has been getting ‘matey’ with the two builders whom he knows only as ‘Brian’ and ‘Pete’.

He said: “Even though we’re from different class backgrounds we’re just all lads together.

“I work from home so every morning I’m like, ‘Alright lads’. To which they reply cheerily ‘Alright’.

“Then I ask them about football, and they say some stuff about cement that I don’t understand.

“They’re real men, very stocky. But they see me as one of the boys, even though I’ve got a corporate job and eat cereal bars.

“I expect we’ll all go to the pub together soon, for some pints and banter about our wives.”

Malley’s builder Pete Hobbs said: “Is he gay or something?” 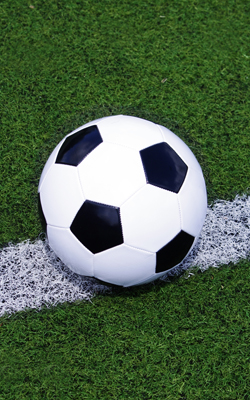 NEW goal-line technology is to be used in everyday life to create a more just world.

An avalanche of three controversial incidents spanning four years has prompted the introduction of goal cameras to the Premier League.

Using pinpoint accuracy, it will photograph controversial events as they happen. This could be a missile launch, a kiss between siblings or an argument about whether a burger is fully barbecued.

These will be relayed back to a specially appointed World Referee, who will be able to make a final decision that will satisfy everybody and make disagreement a thing of the past.

“Unfortunately, there was no goal-line technology back in 1979. Otherwise, we would have known for certain whether she was right or not about Thatcherism, and we would not be living in such a divided society.”