A NEW form of cosplay encourages millennials to dress up as homeowners.

Across the UK young couples are getting together to wear Gant chinos or a Boden blouse while walking around with the confident gait of someone who bought at the right time.

Event organiser Tom Logan said: “Some couples bring Dulux colour charts, so they can role-play being allowed to decorate their house as they wish, while others bring plans for an oak-framed extension or a catalogue from Smallbone of Devizes.”

Cosplayer Helen Archer said: “We know it’s a fetish, but for a few hours we just love pretending to own property.

“I just run around shouting, ‘look at my credit rating, bitches!’”

'F**k off, the f**king lot of you' man jokingly tells family 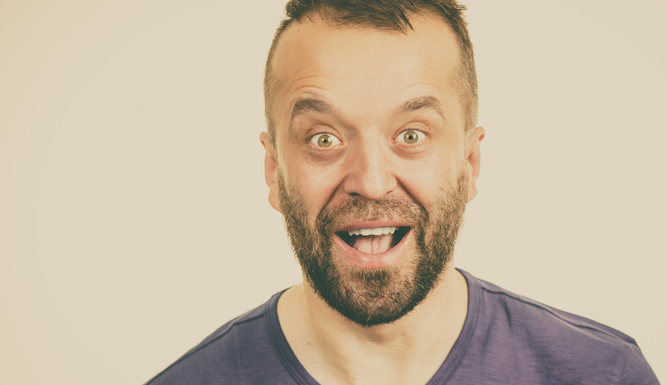 A FATHER has light-heartedly told his family that the whole fucking lot of them can fuck off.

Tom Booker told his wife, children and parents that if they were going to the fucking shops then just fucking go, but is now being treated as if he was the bad guy.

He said: “I was kind of doing a character of a man who was frustrated beyond belief by the inability of his family to do a single fucking thing without making a song and dance about it.

“Of course I don’t want you to actually ‘fuck off’, even if I have got a lot to do and you’ve all been standing in the hall barking on about nothing for the last 15 fucking minutes.

“Those weren’t my true feelings showing themselves through being pushed beyond endurance. It was just a gag that didn’t go down that well.

“Now are you going to fuck off or not?”