Millions Of Snowbound Workers About To Discover Jeremy Kyle

SNOWBOUND workers across Britain are today expected to encounter the Jeremy Kyle Show for the very first time.

As blizzards paralyse the nation's transport network experts say that by 1pm millions will find themselves inexorably drawn towards the ITV2 mutant horror cavalcade.

Tom Logan, a solicitor from Kent, said: "Not me, I'll be using my laptop to get on with some important work. Probably.

"And not that I'm remotely interested, but apparently today's show is about this bloke who's married to three sisters, two of them are his and four of the children are married to their own mothers. They're calling it 'Help! I Think My Mum is My Wife's Brother's Wife!'."

Professor Henry Brubaker, of the Institute for Studies, said: "Many people are about to have their first glimpse at the grotesque, monkey-man hybrid that lurks in the dark heart of British society

"There will be two distinct effects. There will be those who watch it and are haunted by it every day for the rest of their lives but are somehow still able to function.

"And then there will be those who become instantly and catastrophically addicted and who will then give up their jobs and find themselves trapped in a chaotic downward spiral that will ultimately lead to an appearance on the Jeremy Kyle Show." 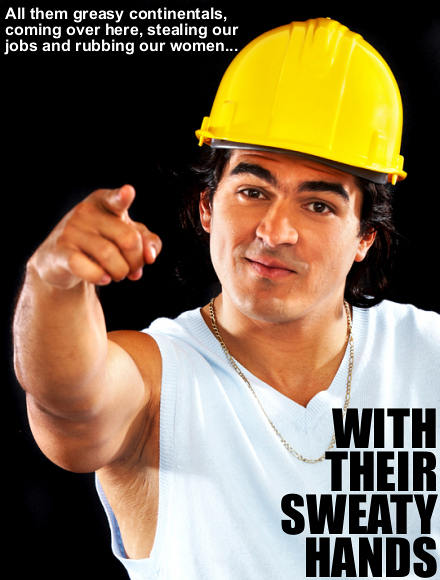