TYPICAL household goods including monocle grease and penny farthing oil have been removed from the basket of items used to measure inflation.

The new basket will include a range of modern, everyday purchases including spats, violin cases and sheet music for Dixieland jazz.

Officials say they want to bring the consumer price index up to date without going so far as to include things that people actually buy.

A Treasury spokesman said: "There are two kinds of inflation. There's the inflation we talk about on the news, which generally hovers around the 2% mark.

"Then there's the inflation that you pay in the shops, and God only knows what that is."

He added: "Have you seen the price of petrol? In the name of fuck! Thank Christ I work for the government."

Minsters are revamping a range of official indices, with the London Media Twat Index updated to include Inca hats and books about Afghanistan.

From April the Index for People with Constipation will include muffins, fruit smoothies and the Daily Express.

Meanwhile the Index of Annoying Pricks has been expanded to include the word 'methinks'. 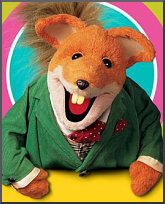 I say, do you know, I went into the local sweet shop to buy myself a quarter of everlasting gobstoppers the other day, only to discover it had been taken over by a bunch of foreigners!

I approached the counter and asked the man for me sweeties: "A quarter of your finest gobstoppers please, my good squire!" The fella behind the counter shook his head and pointed to a load of pongy old sausages hanging from the ceiling. I took one look at the ghastly things and told him: "Pheeeww! If you think I'm eating any of your dirty, foreign muck you must be a Scotch egg short of a picnic."

When I got home, I told Mr Nick I'd changed my mind and that I would be attending the BNP meeting that night, after all. The sooner we get rid of these lazy, stinking Polak scumbags, the better.

The Blooming Nice People meeting was such an absolute scream! Mr Nick is the head cheese there, and he invited yours truly to make a speech. I wasn't too sure at first, but he offered a ruddy great slap-up meal as a reward. Anyway, after I'd told everybody how I really, really hate blackies, chinks, pakis and frogs, this nice man called Mr David got up and made a super little speech about how the Jews are a bunch of moaning minnies and those who say that millions died in horrific circumstances during the war had just imagined it and that they should jolly well buck their ideas up!

After the meeting, Mr Nick and I went to an Indian restaurant and had chicken and chips and ice cream for afters. Both of us turned our noses up when they presented us with the foreign menu. Who wants to end up smelling like Mr and Mrs Patel round the corner? Pooo! What a bloomin' awful whiff!

Mr Nick and myself visited the council today to complain about a group of gypsies who've been camping on the roundabout. The man at the council said that they were perfectly within their rights, and that we shouldn't call them pikeys, gippoes or any other 'racialist' names. "Ooooooh," I said, and scrunched up my nose. Then Mr Nick very kindly picked me up and I bit the bit the daft-looking twit right in the goolies!

I've never seen Mr Nick quite so angry – apart from that time he got jolly batey when those two queer fellows next door asked to borrow some butter.  Anyway, he told me to jump in the car as we had a little job to do. Soon enough we were racing through the darkened streets towards the gypsy encampment, where we waited until midnight before torching the place. On the way home I turned to Mr Nick and said: "How's that for a camp fire?"