Heather Mills To Strangle A Badger

HEATHER Mills last night celebrated her divorce from Britain's most successful jingle composer by pledging to throttle a series of woodland creatures.

Mills set out detailed plans to strangle a baby deer with her bare hands, before choking a badger with its own tail and dispatching an entire family of rabbits with a leather belt.

The former glamour model also plans to nail 100 red squirrels to a row of tiny crosses which she has erected along the road leading to ex-husband Sir Paul McCartney's Sussex farm.

She added: "I can't say he was cruel to me, for the sake of my daughter, but I will write it down so you can have a look at it: 'He reversed over me with my own wheelchair. Twice'.

"I was on Dance with the Stars in America you know. And Larry King. With one leg. What's he ever done? I don't do the nudey pics anymore. Haven't for years. Land mines, by the way. I've got a charity."

Mills said her £25 million divorce pay-out was an 'incredible victory' over Sir Paul – who had known the judge since they were in the Hitler Youth together – and only £100 million less than she had asked for.

But she said the £35,000 a year pocket money for daughter Beatrice was 'miserly' and would mean she was forced to dip into her £17 million lump sum to pay for the child's food.

"She'll have to eat Asda beans and own-brand chocolate fingers, while he jets around the world in his fleet of organic parsnips.

"He's not even the real Paul McCartney, you know."

Majority Of Iraqis Expect To Still Be Alive By Lunchtime 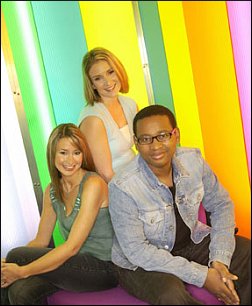 THE number of Iraqis expecting to still be alive by lunchtime has risen to an all-time high, an upbeat new survey shows.

In a boost to the American-led occupation, 53% said they were confident or quite confident they would make it to the middle of the day without a major attempt on their lives.

However, the figure drops sharply for later in the day, with only 38% expecting to still be alive in time for Newsround.

Sayid al-Qutb, a shopkeeper from Baghdad, said: "Things is much improve since American Bush arrive.

"I used to fear Saddam’s men come in night, kidnap me, put bag on head, then knock down house and plough salt into ground.

"Now when family disappear, it in big boom at supermarket. That much quicker. Much less worry yes?"

He added: "Also when Americans come take me away, they make me stand on bucket with wires attached to penis, but is not plugged in, like with Saddam. It just for laughs. Much improve.

“Now we get Sky+, but not filthy-dirty channel. I watch Premier League. Manchesters United. Much, much better. Still, even with Keegan, Newcastle is being shit, yes?"