Free Bank With Every New Mobile

COMPETITION has intensified in the mobile phone market with rival companies offering a medium-sized bank with every new handset.

Vodafone are tempting new customers with a Motorola V9 or a Samsung G600 and their choice of HBOS, the Woolwich or Bradford and Bingley.

A Vodafone spokesman said: "The HBOS deal is going well, but a lot of people are saying they would rather just have the phone without being saddled with the Woolwich's over-valued mortgage book."

Carphone Warehouse said it has attracted thousands of new sign ups with its range of Nokia deals, which include a bluetooth headset and a seat on the board of Alliance and Leicester.

A company spokesman said: "We don't want to overwhelm people. At the end of the day they are buying a phone, not a bank."

Meanwhile O2 is enhancing its Apple iPhone offer with 200 free minutes, 100 free texts and a controlling stake in BNP-Paribas.

Roy Hobbs, deputy chief economist at Madeley-Finnigan, said: "More and more people are transferring their assets out of banks and into Tupperware. And then putting the Tupperware on a secret shelf inside the chimney breast.

"Inevitably this means warehouses filled with worthless banks that have to be given away for nothing before they start to stink like rotting cheese." 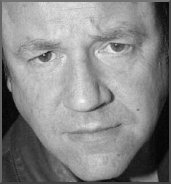 There ain't many things that wind me up in this world, besides geezers what stand in the middle of the street holding them giant Golf Sale signs, microwave ovens and Philip Schofield. But what really gives me the right, royal 'ump is 'orses: I 'ate 'em all, every last one of the dirty, 'orrible, long-faced bastards.

Which is why I was in a bit of a predicament when me mate 'arry, who's a bit tasty, if you know what I mean, hands me a couple of tickets to the Badminton Horse Trials. So's to be polite to 'arry, I says to him, "H, I'm not into horse jumpin' and all that palaver. What says we have a night down the dogs instead?" Now 'arry, gawd bless him, ain't used to people sayin' no, or turning down favours. He leans over, pinches me cheek and says, "You're going you fat shit, and if you don’t, I'll get Maurice 'ere to saw your  knees off with an 'acksaw . Then we’ll see how mainstream 'ollywood you are, eh?"

He started laughin' loudly, and after a couple of seconds, so did everybody else in the room – he has this effect on people, you know. That's what I love about geezers like 'arry, they're always laughin' and jokin'. And then choppin' people’s finger tips off so the cozzers can't identify the body.

So anyway, a couple of days later, there I was at Badminton dressed in a tweed jacket and a pair of wellies, looking like a right prat. I thought Badminton was a game played by posh birds and queers with one of them shuttlecocks.  But no, it's a big old fuckin' spread in the countryside where 'orses jump over fences and stuff. It’s also full of posh twats swanning around drinking Pimms goin' 'wha-wha' at the top of their stupid, fuckin' voices.

So I was in this tent wasn't I, when one of 'arry's business associates introduces me to this Duke of some fuckin' place or other, and he asks me how long I've been into dressage. So I picks up the nearest magnum of champagne and smashes it over his swede. "You callin' me a nonce, you toffee-nosed twat?" Then I pulled his jacket over his arms, stuck me fingers up his nose and shoved his head in this salmon mousse.

Anyways, that Philipa Funnell slag won riding Supreme Rock – and later on, Harvey Smith and meself went to a snooker hall, all tooled up and demanded money with menaces from the owner. Nice one.