More people are going to read the Mail on Sunday

THE readership of the Mail on Sunday will increase, it is as simple as that, experts warned last night.

The closure of the News of the World will mean the planet’s most disturbed thing will now be bought by thousands of tabloid readers who are not intimidated by the dreaded ‘third syllable’.

Media analyst, Julian Cook, said: “The ones who just like the pictures will now point and howl at the Daily Star Sunday – oh yes, there is such a thing.

“And those who bought the News of the World as some kind of edgy, ironic statement will just go back to reading whatever dicks normally read.

“But the hard, cold, sickening fact that will become this country’s epitaph is that hundreds of thousands of people will now drift within the gravitational pull of Peter Hitchens.

“So those FUCKING ARSEHOLES at the Guardian might want to think about that shit for a minute before they pop the champagne that they can’t really afford because they haven’t made a profit since 1642.”

He added: “The News of the World did some nauseating, ghastly things, but it’s not Hitchens. It’s not even close.

“By default, we have increased the audience for pure, cruel, mindless hate. Well done!

“Then again, at least Peter Hitchens only hacks into to his own voicemail to find out what his multiple personalities have been telling him to do.

“But for British culture, I’m afraid it is a case of ‘out of the frying pan, into the mental hospital’.” 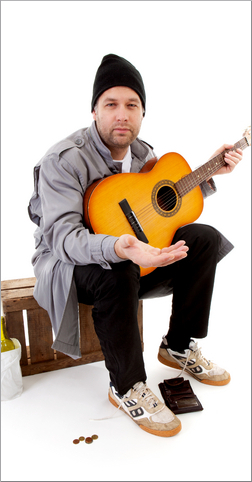 REBEKAH Brooks is clearly keeping the Murdochs out of jail, it has emerged.

As James Murdoch closed the most successful newspaper in the western world rather than sack a devious harpie, experts said that harpie must have some weapons-grade shit up her sleeve.

Professor Henry Brubaker, of the Institute for Studies, said: “Jesus fucking Christ, they must have killed a tramp.”

The News of the World will be axed on Sunday, followed a day later by Brooks returning to work at a desk that is obviously filled with grisly secrets.

And today Brooks’ former protegé Andy Coulson will be arrested and charged with not wearing a disguise and following James and Rupert Murdoch when they went on one of their late night, East End killing sprees.

Martin Bishop, media analyst at Madeley-Finnegan, said: “No-one was calling for the paper to be closed, apart from the usual Twitter monkeys. If they had sacked Brooks and waved a batch of former executives off to prison, then slowly but surely things would have returned to normal, what with the British public being, you know, idiots.

“I reckon there’s a refrigerated dungeon full of Brazilian kids and Rupert eats a fresh one every day.”

Meanwhile accountants raised the possibility that the whole thing is just an elaborate tax dodge.

Despite the Murdochs’ effort to draw a line under calling their Sunday tabloid journalism the News of the World, tax experts caught the faint whiff of financial genius.

Helen Archer, from Porter, Pinkney and Turner, said: “I would not be surprised if Rupert Murdoch invented phone hacking after discovering a loophole which allows you to save hundreds of millions of pounds if you shut down a newspaper based on outrage.

“And even though they pay fuck all tax anyway, a good accountant can always get you a refund.”

But Professor Brubaker added: “Nah, I reckon it’s got something to do with a grainy photo of some oiled teenage boys, forming a human pyramid.”