YOUNG Britons unable to get on the property ladder are living in their parents’ glass-fronted display cabinets.

The cabinets were traditionally used to house a small selection of extra-fancy glasses, a gravy boat and butter dish received as wedding gifts, and an engraved pewter tankard.

However, young adults are increasingly using the cabinets as live-work spaces, citing their hardwood construction and open glass frontage as far better than anything available from private landlords.

Norman Steele, from Orpington, said, “When my son Gary asked if he could move back in to his old room I said no because it’s now a sauna. He then suggested he live in the glass cabinet, but I was reluctant.

“The cabinet is the most important item of furniture in the house. Suppose a local viscount was to break down just outside our house, along with his entire entourage?

“They couldn’t use the day-to-day mugs and tumblers. That’s why we keep the soda siphon and Waterford crystal and Wedgwood napkin ring set.

“But I know it’s tough out there, so I reluctantly agreed to remove two of the shelves. Still, it breaks my heart to see him in there, on display, as though he’s something special I’m proud of.” 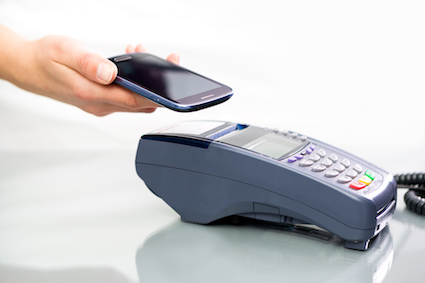 CONTACTLESS payment is Lucifer’s dark magic, the people of the North have declared.

The controversy began on Tuesday when Southerner Tom Logan tried to pay for something in Doncaster ‘without contact’, causing the entire Northern population to go mental.

Martin Bishop, a 43-year-old solicitor from Hartlepool, said: “Don’t get me wrong, we use iPhones and Netflix, all that shit, but this is the work of Beelzebub’s handmaidens.”

He added: “If payment is to be made, there must be contact.”

Later that day Logan asked to use the technology to pay for a sandwich and a pint in a Doncaster pub, causing many of the regulars to hide under tables while chanting the Lord’s Prayer.

Pub landlord, Bill McKay, said: “We’d heard warning that there may be a warlock in the area so we were on our guard.

“He said he wanted to hold his phone ‘near the machine’ so we dragged him into the beer garden and put him in the dunking bath. Eventually he confessed that, during the last full moon, he had been bewitched by a strumpet in Peterborough.

“He gave us a two star review on Tripadvisor.”