A MAN has had the unoriginal idea of making life in prison harsher in ways that would undoubtedly just cause more problems.

Sales manager Roy Hobbs believes violence and drug-taking could be stamped out with sadistic measures he has spent a worrying amount of time fantasising about.

Hobbs said: “There’d be no more fancy meals, just mouldy bread and water every day for years on end.

“Instead of cushy prison work like sewing mail bags they’d be up at five, running around giant hamster wheels to generate electricity for decent people,with a good flogging if they slow down.

“After 12 hours’ frantic running they’d be allowed to visit the communal toilet pit, have a cold shower and go to sleep locked in a metal box to prevent any nocturnal monkey business.

“They can forget about Playstations and family visits, although well-behaved felons will be allowed to watch Songs of Praise and have a raw onion on Fridays as a treat.”

Friend Tom Logan said: “Roy’s certainly given it plenty of thought. Last night he explained some bizarre idea to let people whip prisoners to raise money for Children in Need.

“The only problem is that every prison in Britain would be on fire 24 hours a day.” 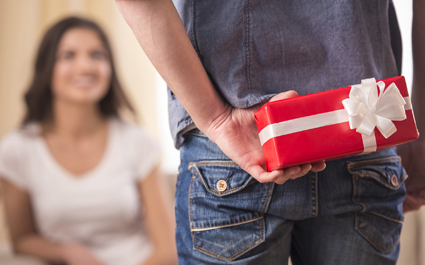 A MAN has given his girlfriend an Easter egg after getting his dates mixed up.

Wayne Hayes knew this was one of those days when you have to buy a card and a thing from the 24-hour garage, so assumed it was Easter because they had chocolate eggs for sale.

He said: “When she unwrapped the egg it seemed that she was sort-of cool with it. I mean you’ve got one large milk chocolate egg and two Wispas in a presentation box, it’s a good present whatever the time of year.

“Things only turned sour when she opened the card which had a picture of a rabbit with a basket underneath the words ‘Have an Egg-citing Easter’. She went in the other room and shut the door, I thought I could hear crying but I expect she’ll be alright later on.

“We’ve been together four years.”

Hayes’s girlfriend Nikki Hollis said: “He seemed nervous this morning and I actually thought he was going to propose. I don’t even like Wispas and he knows that.”