Mosley in bid to protect lovers of buttock pain

MAX Mosley has launched a bid to
protect people who love it when their bare bottoms are alive with
delicious agony.

Mosley wants the European Court of Human rights to rule that newspapers have to ask your permission before telling their readers you need to be being spanked like a bastard by fake German prozzies.

This would then allow the delighted victim to take out an injunction, inevitably granted by a judge who has forgotten more about having his backside reduced to a pulp than you will ever know.

The son of British fascist leader Sir Oswald said lax privacy laws meant senior professionals could no longer enjoy ferocious buttock violence without worrying that the details may end up in a newspaper that could be purchased easily by their wives.

He added: “As the studded paddle makes heavenly contact with my shaved, milky white-bottom and the glorious pain sends more blood pumping into my already pulsating erection I have often thought to myself, ‘this really is none of my wife’s business’.”

Mosley, former head of international motorsport’s governing body when he was not handcuffed to a commode, won a landmark court case against the News of the World after it revealed absolutely nothing about Nazis.

According to the tabloid, Mosley met with a group of sex workers, one of whom was dressed in stripey pyjamas that looked exactly nothing like the uniform of a concentration camp inmate, while another affected a fake German accent and behaved in a cruel and authoritarian manner in a way that made it perfectly clear she was not meant to be in the SS.

The woman who was obviously not a Nazi then checked Mr Mosley for lice using a method completely different to the way concentration camp inmates were checked for lice by their whip-carrying, leather-capped SS overlords.

But critics warn that Mosley’s plan would make it easier for politicians and big businesses to stop you finding out exactly how evil they are and how they actively want to ruin your life.

Media lawyer, Bill McKay, said: “We could have new privacy laws that will leave us all at the mercy of total shits, or you could maybe just watch Lark Rise to Candleford instead of cheating on your wife with a gang of arse-pummelling whores who were definitely not pretending to be Himmler.” 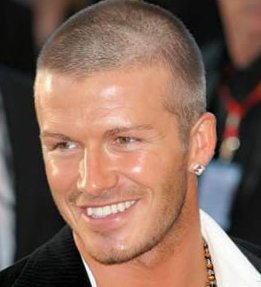 BECAUSE of these rumours that I might be coming back to play in the Premiership, people are asking me what I miss most about England. To be honest there’s lots of stuff I miss: sandwich spread sandwiches on medium white sliced bread with margarine, not butter – I don’t like butter, because it’s too salty and I don’t like salty things.

Another thing I miss is Orange squash. I don’t like too much squash in my squash because if you put too much in it makes it too sweet and I don’t like things are that are too sweet, although funnily enough I do like Fondant Fancies, which are really, really sweet. I think it has something to do with the amount of sugar they put in them.

I’ve just thought of another thing I miss – Ready Brek. You can’t get Ready Brek in Italy, Spain or America which is a shame because I really, really like it. I don’t like it too thick, though. I also don’t like it too thin, neither. At the end of the day I like it somewhere in-between thick and thin, if you know what I mean. I also don’t like it when it has too much sugar in it. Even if I did have Ready Brek in the house Victoria wouldn’t make it for me because she says it “looks like fucking wallpaper paste”. I wish she wouldn’t say the f-word so much. Victoria said it when Paul Scholes was round here playing X-Box with me one time, which made him do a cry.

Just to put the record straight, I never wanted to call our kids Cruz, Romeo and Brooklyn. I wanted to call them ‘David’, ‘David’ and ‘David’. Basically, it’s a sort of tradition in my family, especially when it comes to boys. Obviously, at the end of the day, I’m called David. My Dad’s called David. His Dad was called David, my great, great grandfather’s name was also David. Oh yeah, and my Aunty Valerie changed her name to David when she eventually came back from Thailand. So you can imagine my disappointment when Victoria put her foot down with a firm hand and said: “There’ll be no more Davids in this family, David.” If we have little girl this time I’d like to call it Jane, or Colin.

Iâ€™ve just remembered something else I love about England that you don’t get abroad – the internet. When I left Man United seven years ago, me and Victoria had just gone ‘online’. It was brilliant. Sometimes, I used to email Gary Neville to see if heâ€™d like to pop round for a Nesquik and a game of snooker, and he used to send me one back saying â€œyes I would love to come around and have a Nesquik and a game of snooker”. I tried to get the internet when we was abroad, but Victoria said it hadnâ€™t been invented in the rest of the world yet. She also told me that if the internet did exist in Spain, Italy or America it was probably full of dirty pictures of nudie ladies and people writing horrid, nasty lies about one of eating disorders Victoria has never suffered from.