92% think they could do better art than Damien Hirst

MORE than 90% of Britons have an idea for some art, it emerged last night.

As Hirst was applauded across North London for putting some patio furniture in a glass box, across the country thousands of people said that was basically their conservatory.

David Bingham, an accountant from Surrey, said: “My sister can draw anything – bananas, tanks, even horses.

“Horses are incredibly hard to draw, but her work only fetches Â£5 at craft fairs. It’s annoying because in a draw-off I think she’d beat Damien Hirst by about 20 minutes.”

He added: “Art prices should be based on skill. Michelangelo was really good at chiseling, Banksy is excellent at sneaking around and David Hockney uses colour in a deceptively simplistic way that draws you in even as it repels you.

“What’s Damien Hirst good at apart from being a cheeky prick?

“I read that he got $17m dollars for some pills in a box. I had to double check to make sure I wasn’t having one of my crazy cheese dreams.”

Meanwhile Hirst is shocking and delighting audiences in Hong Kong with a smaller version of the diamond skull that he got some other people to make for him after Keith Allen phoned up drunk one day and said ‘you should totally glue a load of diamonds to a skull’.

Bingham added: “I’ve made this marionette thing out of left-over gammon. It’s called Meat Puppets and it’s yours for Â£486,000.

“If you like, I can put it in my conservatory.” 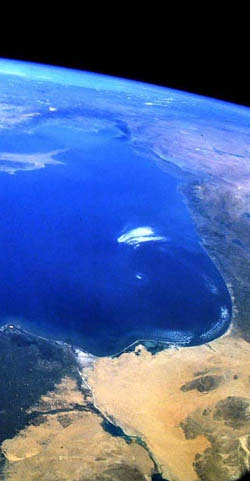 Inspection of the thousands of tiny corpses discovered across America and Europe have revealed rubber band marks, suggesting they have been fired from a giant catapult in the sky.

Professor Henry Brubaker, of the Institute for Studies, said: “Angry Birds is a hugely popular iPhone game about some birds whose eggs have been stolen by some pigs even though it is never explained why a bunch of pigs should be interested in eggs.

“What is important is that it’s marginally more addictive than a compound of crack cocaine, strong tobacco and powdered orgasms.

“Inevitably God has cottoned onto this, and has decided to try it for Himself but using the world as His console instead of having to stare at a small greasy screen that melts His retinas.”

He added: “While the notion of the Earth and all its creatures as little more than a 3D entertainment for an idle and impassive Creator may seem the tiniest bit terrifying, we can at least take comfort in God being too inexplicably hooked on this nonsense to do tidal waves and sex plagues for the next few weeks.”

Kentucky farmer Stephen Malley, who discovered several hundred dead starlings on his land, said: “They appeared to have bounced off a large ramshackle structure of planks and giant ice cubes which had mysteriously appeared overnight to surround my pigs.

“The birds had broken their necks without causing any serious damage to the strange building.

“If God is playing Angry Birds he needs to aim lower to weaken the foundations, then launch an exploding blackbird at a steep trajectory, if He doesn’t mind me saying.”