MEMBERS of the most intelligent species on the planet have spent 40 minutes waiting at a bus stop that has been out of use for months.

Wayne Hayes, who is part of the same species that ventured to the moon, only realised after he had stopped huffing at how late the bus was, then actually looking at the sign on the window of the bus stop.

Hayes said:“Compared to Einstein or Stephen Hawking, yes it probably does make me look like a bit of an idiot.

“But in my defence, well, I don’t suppose I have a defence. Maybe the sign wasn’t at my exact eye level or something.”

Fellow Homo sapiens Nikki Hollis said: “Everyone else was standing there so I just joined the queue. I didn’t even want to get on a bus.

“It’s their fault. I am angry with them.”

Professor Henry Brubaker of the Institute for Studies said: “Human beings are the smartest species in the known universe. That is until monkeys learn how to send emails, at which point we’re all fucked.”

No one obsessed with campus free speech actually a student 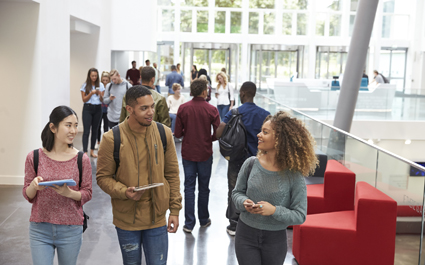 EVERYONE who keeps banging on furiously about campus free speech left university at least 25 years ago, it has emerged.

Despite a report claiming it was a serious problem, the only people who appeared to give a toss were attention-seeking MPs and newspaper columnists with an axe to grind.

MP Emma Bradford said: “This is incredibly important. Speak to any member of the public and they’re furious about obscure homophobes being ‘no platformed’ at Knutsford University.

“I hate publicity but I guess I’m just an incredibly brave lone defender of democracy.”

Daily Telegraph columnist Roy Hobbs said: “This is no different to someone trying to stop me demonstrating against Vietnam in 1968, except people had heard of the Vietnam War.

“I’m definitely not exaggerating a minor issue to bash some vague group of lefties, as I explain in my article ‘Britain’s Stalinist universities: How long before the executions start?’

“Vigorous debate is a traditional part of student life, just like listening to King Crimson and smoking a ‘doobie’. Do they still call them doobies? I expect so.”

Student Tom Booker said: “I think three people held a demo against some weird YouTuber but it all sounded like bollocks so I just got shitfaced for less than a tenner again.”