Mother determined to get you involved in feud

YOUR mother is determined that you will not remain neutral in the row she is having with your sister, she has confirmed.

The feud, which began over a casserole dish, has so far drawn in your dad, your brother and all the women from yoga and appears set to intensify.

Your mum, calling last night while you were attempting to watch TV, said: “You know what she said about you? Last Christmas? Well I kept it to myself at the time but I don’t see why I should now.

“I’ve already told her how annoyed you were at her for bringing that boyfriend of hers to your party, you remember, the one you think stole your phone?

“And it was her who scraped your car when you were 19. She lied about it, and you had to pay the bill. Hundreds, wasn’t it? I bet you’re really angry now. Good. You’re right to be.”

Immediately following the call you received a text from your sister reading: “I know the mad bitch was on the phone to you. Ignore her. I never touched the fucking casserole dish.

“And Darrell did NOT steal your phone. I can’t believe you even thought that. Wanker.” 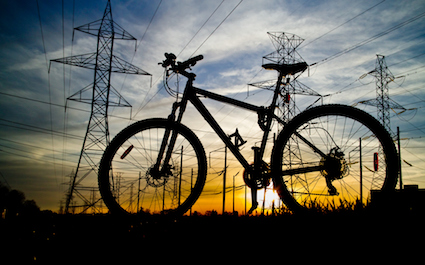 RIDERLESS bicycles free of dangerous knobheads in lycra will soon be a reality, scientists believe.

Artificial intelligence will soon make the sanctimonious, above-the-law tossers currently mounted atop bicycles a thing of the past.

A spokesman said: “The ecological ideal of the self-operating bike, free of the tit in the saddle, once seemed the stuff of science fiction.

“Our riderless bike will not run red lights, stays off the pavement, respects other road users and never provokes arguments which it later self-righteously posts on YouTube.

“Soon our cities will be full of peaceful, riderless cycles and rage emissions will be reduced by an estimated 85 per cent.”

Cyclist Joseph Turner, aged 45, said: “You mean soon I can spend thousands on high-tech bikes without the bother of riding on them? Perfect.”