Sean Paul will feature on your songs, musicians warned

MUSICAL artists across the world have been notified that none of them are safe from an unplanned Sean Paul feature.

According to experts, one in three pieces of music across all genres now include a short, perfunctory rap from Sean Paul whether the original artist is aware of it or not.

Musicologist Emma Bradford said: “We haven’t seen an epidemic of Sean Paul like this since 2003.

“All musical artists are urged to protect themselves when recording and not to leave any exposed intros or middle eights if they don’t want to find themselves sharing royalties.

“If you’re vigilant, he can be easy to catch – he invariably announces his presence by repeating his name several times, and if caught in time his garbled bars can be removed from the song with no impact whatsoever.”

Grace Chatto of Clean Bandit said: “I remember when I heard Sean Paul featuring on a Saturdays song, I vowed I would never let that happen to me.

“But there he is, all over our number one hit Rockabye chanting a load of nonsense about a ‘daily struggle’. No-one is safe.”

Curry houses face shortage of limp salad for you to ignore 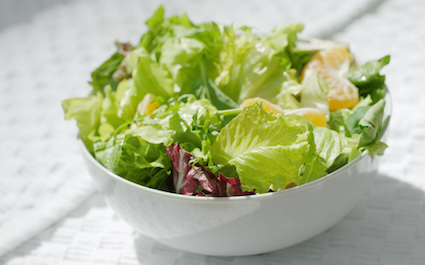 CURRY restaurants are facing bankruptcy after a lettuce shortage means they have no limp salads for diners to disregard.

Across Britain, restauranteurs are wondering whether to even open their doors knowing that they will not be able to serve drunks with a small bowl of chopped lettuce, onion and tomatoes that they will throw away untouched later.

Tahsan Mahmud, proprietor of the Star of India in Shrewsbury, said: “I know my customers, and I know they will not stand for this.

“They come in at 11.30pm and demand a lamb vindaloo accompanied by several Tiger beers, but they are as aware as I am that the lettuce is key to the whole aesthetic.

“Without that sitting there, ignored, the rogan josh will lose its piquancy, the poppadoms their pop, the bhajis their bite. It’s a crucial reminder of all the traditions of English cuisine that you’re mercifully not having to eat.

“We’re doing our best to make some out of paper, green ink and varnish. But it just doesn’t look as unappetising as the real thing.”

Curry house regular Tom Booker said: “No lettuce? I might be forced to kick off at the waiter. Which I never normally would.”