Mother forced to choose favourite child to join her on Eurostar

BRUTAL Eurostar commandants last night forced a mother-of-two to make an agonising choice between her offspring.

After a 943-hour wait at London’s St Pancras station, Nikki Hollis was pulled aside and told by two stern-faced men in uniforms that there was only one adult and one child seat left on the train she had hoped would take herself and both her children to the safety of France.

Hollis said: “I screamed at them ‘No, I won’t choose, I won’t!’ while ineffectually pounding the taller man’s chest with my fists.

“He grabbed my wrists and said, ‘If you don’t choose, I’ll take them both’. I knew from the darkness in his eyes that he meant it.”

She added: “I decided to take my eight year-old daughter, Eva, as my son Jan is a year older and has become annoying.

“I gave him my credit card and told him to go to the nearest Hotel Ibis and ask for their cheapest available room, then stay there until I can send help.

“If it’s the last time I see him I shall definitely be writing a letter of complaint at some point.”

St Pancras remains teeming with thousands of desperate refugees hoping to escape before England is forever crushed under the boot of Nazi snow.

Would-be traveller, Tom Logan, said: “I’ve been trading cigarettes, mainly for other cigarettes, but I am hoping to barter my last remaining iTunes credits for a pain au chocolat.”

He added: “They say that in France a man can live free. Plus they have gritters and stuff.” 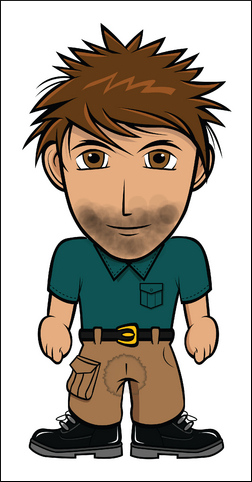 Wii Family Argument uses state-of-the-art arguing technology to detect sensitive, inflammatory issues that have emerged over the festive period and then raise them with maximum antagonistic intent via its onscreen avatar, ‘Uncle Roy’.

A Nintendo spokesman said: “Uncle Roy is a highly sophisticated artificial intelligence designed to be massively bitter, indiscreet and surprisingly cunning for a drunkard who sleeps in his clothes.”

Uncle Roy lives alone in a bedsit in Charing Cross, spends most of his disposable income on prostitutes and eats muesli for his tea.

Game play is based on his resentment towards you since grandad died and left you his war medals, which Roy knew were valuable and firmly believed should have been his.

Invited for Christmas because of pity and obligation, he then stirs things as much as possible until someone punches him or he passes out.

The spokesman added: “Roy will exploit existing sources of tension – such as whether the kids should be allowed to stay up and watch Fatal Attraction – and create new ones by being a bastard.”

Revolutionary dual chip technology means that Wii Family Argument only takes about seven minutes to calculate a household’s darkest secrets and cannot be turned off.

The spokesman said: “You have to wait until the argument burns out, then sit in silence for at least an hour until someone grudgingly agrees to make the tea.

“If you try to turn it off prematurely Uncle Roy will repeatedly say, ‘No, you fucking leave it’ until you’re forced to either give up or smash the screen.”