YOUR mother’s love for you is unbreakable and so you do not have to spend a lot this Sunday, experts have confirmed.

The Institute for Studies has advised Mothering Sunday gift-buyers that maternal love is different from other types of love in that you do not need to make any effort whatsoever.

Professor Henry Brubaker said: “The emotional bond between mother and offspring is the strongest thing on earth, a million times more durable than the strongest steel. You are part of her, she is part of you. The mother will always cherish and protect her child above all things.

“Just get her a generic newsagent-style card with a flower or something on it and the same chocolates you always get her. Probably Milk Tray or Terry’s All Gold, something in the £5 to £10 price range.

“Besides being pointless, if you go overboard it could be seen as a bit, well, Oedipal. Like you fancy her or something.”

He added:”Same goes for your mum’s birthday.”

Mother Nikki Hollis said: “My ideal Mothering Sunday present would be to get my shattered dreams back.

“But I’ll make do with a cheap, chocolate selection box with a heavy emphasis on soft centres.”

Bill Roache had sex with same 1,000 women as Mick Hucknall 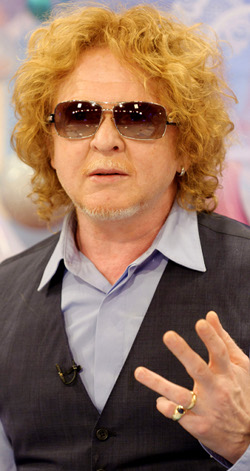 CORONATION Street actor Bill Roache and Simply Red frontman Mick Hucknall have bedded the same 1,000 women, it has been confirmed.

After comparing notes, the two Northern stars realised they shared an identical list of easily available women with absolutely no self-esteem.

Meeting in the bar of Manchester’s upmarket Lowry Hotel, the Thatcherite cardigan and the personification of ginger ticked off their conquests with a sense of increasing panic before falling into a sombre silence.

Roache said: “I was absolutely 100% sure I was irresistible. This has come as something of a shock.”

Hucknall added: “I was absolutely 100% sure I was irresistible. This has come as something of a shock.

“It will be a bit like opening a bottle of three week-old milk, but I really think we both need to compare notes with Paddy McGuinness. And, of course, Noel Edmonds.”

Helen Archer, from Salford, who has slept with both men, said: “I have a condition called ‘mediocraphilia’.

“I seek out and then debase myself with men who are just not good enough.”

She added: “Interestingly, both Roache and Hucknall gave me their addresses so that I could send them a thank-you card.”