A 45-year-old woman has scored a bunch of dope shit in her favourite shop Fat Face.

Mother-of-two Nikki Hollis bought a fleecy top, some jeans and a gilet with a fluffy collar that she described as ‘sick’.

She said: “Fat Face always has nuff phat garms. These jeans are peng as fuck, and the fleecy top is fire too.

She added: “It’s real safe having this new Fat Face shit because tomorrow I’m linking with another mum at her crib for a mid-morning chill with coffee and biscuits.

“Marks & Spencer is sick too, especially the cardigans, but Fat Face always has the illest shit.” 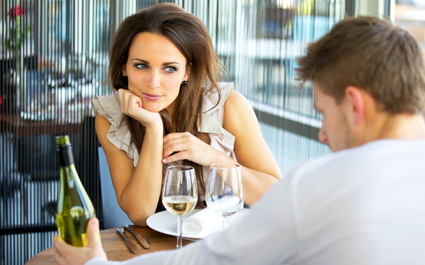 DATING terms such as ‘ghosting’ and ‘benching’ are even weirder than going on actual dates, it has been claimed.

Emma Bradford, 30, started using a dating app six months ago but spends so much time trying to understand the terminology she reads about on ’single woman’ blogs that she barely has any time left to go on actual dates.

Bradford said: “I went out with a guy a couple of times who then didn’t return my texts. I just thought he was an arse but apparently this is known as ‘ghosting’.

“Then I went out with this other guy who kept getting in touch after, but never suggesting a second date. Again, I put it down to him being a weirdo, but then I read that this is called ‘benching’.

“I’ve also heard of ‘zombieing’ and ‘tuning’. How many ridiculous terms do you need to come up with to explain that most people are utter fuckwits?

“It has led me to believe that dating blogs are a load of made up wank and I’m probably more likely to meet someone in the cheese aisle at Morrisons.”