Muthaf**ker and other insults that make no sense whatsoever

SWEARING is popular, but many insults simply do not stand up to rigorous intellectual appraisal. Here are some of the most illogical ones.

Only a vanishingly small number of people have sex with their own mother, so calling someone a mofo will simply be factually incorrect 99.9999999999999999 per cent of the time.

Again, doesn’t really make sense. A straight guy probably doesn’t suck penises, and if the recipient of your insult is a gay man it’s part of a normal, healthy and varied sex life. If only people would apply some critical thinking before swearing. Sigh.

Cultural differences apply here – Americans find it misogynistic, whereas Britons use it more practically to kick off a pub fight. Either way, it’s so metaphorical it’s utterly ridiculous, like saying ‘Did you spill my pint, you mons veneris?’

Go and f**k yourself

In most mammals and indeed all creatures, your digestive tract requires a way to expel waste. Arseholes are actually very positive things. If someone calls you an arsehole, ask them what they would do without an anus and if they would prefer to die from toxic shock.

Bristol not all that, Bristolians told 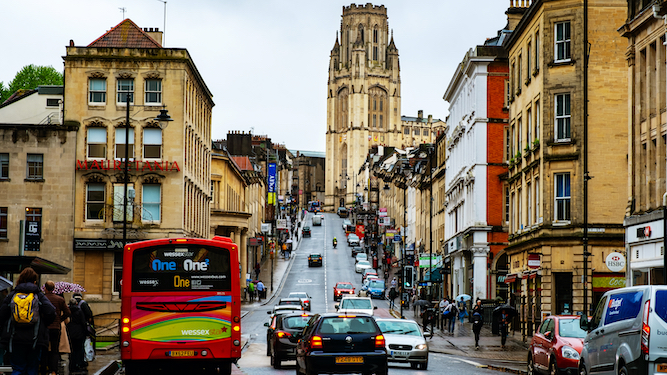 THE inhabitants of Bristol have been politely reminded that their city isn’t the magical progressive utopia they think it is.

After taking in its bang average arts scene and looking at a plinth where a dodgy statue once stood, experts have concluded that Bristol doesn’t live up to the hype and is in desperate need of a good clean.

Professor Henry Brubaker of the Institute for Studies said: “Bristol isn’t a soulless dump like Peterborough, but that doesn’t mean it’s the promised land either. The accent alone places it firmly in the ‘tolerable’ tier.

“A handful of miserable bands that were vaguely popular a couple of decades ago. A graffiti artist who’s only famous because nobody knows who the f**k he is. In terms of pathetic attempts to look trendy, Bristol has got it all.

“Oh, it’s got a naval history and a big bridge? Big deal. So’s Plymouth but you don’t hear anyone raving about it. And as for the inhabitants, they’re a hideous mix of entitled students and crusty slack-lining jugglers. Need I say more?”

Clifton resident Martin Bishop said: “Everyone’s just jealous of Bristol because it’s really edgy and cool. That’s why I live in the twatty upmarket suburb that has none of those things.”