Nans confirm they are no longer racist

NANS have decided to stop being racist following the royal wedding, they have confirmed.

83-year-old caucasian grandmother Mary Fisher said: “We nans thought Meghan Markle looked very nice, even though she is clearly no virgin, and she seems like a decent enough person despite us scrutinising her every gesture in a hawk-like search for personality flaws.

“It is time for us nans to end our centuries-old campaign of moaning about ‘coloureds’. It is the beginning of a new era, where we don’t quietly tut whenever a black face appears on television or make comments like ‘they’ve even got them on Antiques Roadshow now’.

“Obviously we will need a new social group to persecute, we’ll discuss that at bingo next Tuesday.”

Fellow nan Susan Traherne said: “Beneath the skin we are all just human beings. However I did just make some scones from an Ainsley Harriott recipe and they were tough as buggery.”

Meanwhile grandfathers have confirmed they will remain in their sheds for the foreseeable future. 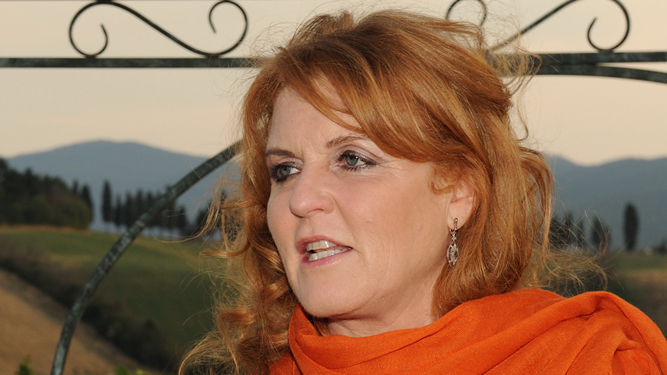 THE Duchess of York is back at the royal wedding venue stuffing canapes into a bin bag, it has been confirmed.

Fergie arrived at Windsor Castle this morning claiming she had dropped an earring, but was later found cramming savouries and fruit into a plastic bag.

She said: “So far I’ve got half a roast chicken, a shitload of cheese and a massive bunch of grapes. I mean, it’d be a shame if it all went to waste.

“I’ll probably give it to charity or something, depending on how it goes.”

Fergie added: “I found some little pastry things with prawns on too, but I think prawns can be a bit dodgy if they’re left out.

“I’ll give one to a corgi and see what happens.”