Neighbours Agree Never To Talk To Each Other Again

MILLIONS of people across Britain met their neighbours for the first time this yesterday and immediately decided never to talk to them again.

In the wake of the 'Big Lunch' street parties householders in hundreds of communities made their excuses, ran back inside, locked their doors and windows and logged on to as many property websites as they could find.

Martin Bishop, from  Peterborough, said: "I'm really glad we did this, mainly because I can now be 100% certain that my entire street is filled with ghastly lunatics who want to be my best friend."

He added: "There does come a time when negative equity becomes a laughable irrelevance."

Bill McKay, from Hatfield, said: "We met this couple from across the road. She's trying to get her cat into university and has obviously not had sex for at least 20 years, while he's a Conservative councillor who was wearing a Michael Jackson t-shirt.

"We've agreed to have dinner with them next Wednesday. Unless of course I can summon-up the courage to kill myself."

Tom Logan, from Finsbury Park, said: "So I met my next door neighbour. He's a fucking nutter. I'm buying an axe."

A spokesman for sponsors EDF said: "We think the Big Lunch has been a fantastic success, mainly because it will make people think we're a bunch of cuddly hippies who make electricity from dandelion petals and children's wishes, rather than a lot of ageing nuclear power stations run by Frenchmen."

Concern Grows Over Lack Of Panic 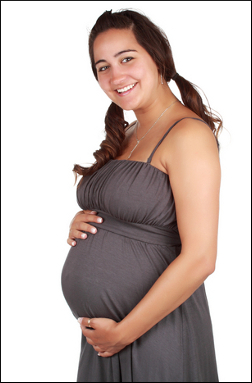 CONCERN was growing last night that the British public is not freaking out quite as much as it was supposed to.

In the last week the government, the media and a range of experts have all thrown more resources at their swine flu panic inducement strategies, including a series of contradictory announcements, random, blood-curdling death tolls and a warning that Britain's fleet of ice cream vans will be needed to store all the dead bodies.

But despite their all-out efforts, millions of people across the country have decided to simply wash their hands twice a day and accept that if they do get swine flu the chances of them dying from it are so small as to be really quite tedious.

Nevertheless the department of health will today urge people to empty their freezers, stressing that is where they will have to store their grandmother until the army can collect her and throw her into a landfill.

Meanwhile the Daily Mail once again outlined its plans to go into administration after warning its readers that every single one of them would be dead by the end of August.

An editorial in today's edition said: "The department of health is saying one thing and the National Childbirth Trust is saying a different thing. How can that not make you want to rip your ears off in abject terror?"

But Nikki Hollis, a pregnant lady from Stevenage, said: "From what I understand the National Childbirth Trust would like me to continue being pregnant until the pandemic is over, but, as I told a reporter from the Daily Mail, my due date is September 14th.

"And while I am aware of the heightened risks and the possibility of feeling yucky for a couple of days, I am slightly more focused on being about eight weeks away from pushing a human through my vagina."

She added: "That said, I will continue to avoid crowded places and wash my hands regularly because I have actually worked out that swine flu is an airborne viral infection and not some sort of ninja."