One Woman's Week: If You're Thinkin' About My Baby...

YET another day passes where I must bite the tears and press on in this terrible world where there is no Michael. His message to the world 'It don't matter if you're black or white' has never been so relevant – especially as I recently learned from the BBC series The Incredible Human Journey: Out of Africa that in fact all humans are black, regardless of the colour of their skin.

I've had a long relationship with Michael ever since I discovered Thriller in my dad's record collection as a child. I said then he had a real talent. It was never easy though: when the paedo stuff kicked off, I nearly finished with him. It's only through my experience as a primary school teacher that I grew to appreciate how evil and conniving children actually are. It's like the time some pupils accused me of swearing at them. What actually happened was they waltzed into my class at playtime yelling that Fiona McVitie had a nosebleed. I said 'Not now, I'm going for coffee'. They told the head I'd said 'Not now, I'm going. Fuck offy'. As if I would have added a 'y' to the end of it.

It never ceases to amaze me that Michael penned Black or White years before the 'Incredible Journey' was even aired. How could he have known? In this series, the BBC presented damning evidence that humans left Africa some 30 million years ago as a pack of savages, yet somehow ended up turning white, taking in the ambience at Starbucks and wearing appropriately sized earrings such as mine.  At first, I was shocked by this news. But then it all started to make sense: people said it was as if by magic that I won the Year 8 girl's 100 metres in record breaking time. And what about the day I went along to Donny's band practice and revealed a mesmerising talent on the congas, even though I'd never taken a drumming lesson in my life? Now I see these events were no coincidence.

Most people probably haven't seen 'Human Journey' and don’t know how this is scientific fact; that's why they claim Michael's children aren't his on account of them being white. As something of an expert in this field, I put it to those people that if this phenomenon can happen to humans, couldn't it also happen to Michael Jackson's children?

So the next time I hear you hissing 'Darkie!' at the black assistant in Tesco, or yelling 'Sambos!' at my cousins, The Jackson Five, be warned that I will take this insult personally because I am black where it counts: in the heart. With my position of influence, it surely won't be long before we can achieve Michael's dream and then they really will know it's Christmas time. 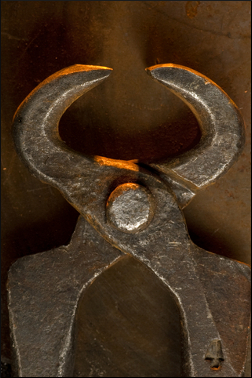 THE makers of x-rated comedy film Bruno have released a re-cut version with added sexual perversity, just for British MPs.

Tory MP Sir Paul Bowles said: "I'd heard reports that Bruno featured extended scenes of sodomistic debauchery. After seeing the film, I was indeed disgusted – by it's brevity and banal lack of imagination.

"He talked incessantly about his 'kugelsack' and yet we only got a brief, tantalising glimpse. It was a shameless con."

Lib Dem MP Terry Hunter said: "Who, in their right mind, wants to see a film about the bedroom exploits of a promiscuous gay fashionista that doesn't feature ice-picking, cat beading, 'the trident of Vienna', owling, la-la, squeezeplay, tube love or gulching?

"It's a scandal that these deliciously vile deeds and others that I haven't yet thought of weren't depicted in the film."

The MPs sent a 2000-word memo to the film's American producers outlining suggested improvements, including a scene involving 'two rugged bikers and a wounded sheep' and 'a bacchanalian, Caligula-esque party sequence filled with demure Brazilian slave boys, thickly-muscled centurions and a spa-ful of butterscotch-flavour Angel Delight'.

US film producer Larry Chaykin said: "We have spiced the film up a little for the UK political market. However we couldn't incorporate all their ideas as my secretary kept throwing up. And what the fuck is Angel Delight?"