A NEW app for smartphones helps straight men and women identify gay people who are willing to be friends with them.

Str8M8 locates any other phone nearby also using the app and shares key tags like “Available for dinner parties,” or “Into accompanying your wife to Beyoncé,” or “Can get cocaine”.

Creator Tom Booker said: “There are straights out there with a full spectrum of liberal attitudes but no gay friends to give them credibility.

“Meanwhile there are plenty of gay men looking to meet straight friends so they can tell them about all the incredible sex they’re getting.

With this app, they can hook up discreetly and get completely validated.

Anyone who makes contact through Str8M8 enters an implicit contract to find the details of each others sex lives fascinating and hilarious.

If the hookup is between a straight woman and a gay man, it stipulates that he gives her wise romantic advice, a killer makeover and finds her the man of her dreams within 12-18 months.

Booker continued: Its perfect for anyone looking to diversify their friendship portfolio, whether a lifelong Guardian reader or a right-winger who needs a gay friend in order to claim theyre not homophobic.

Though with those types, we do have an automatic advisory notice warning that theyll usually end up sucking the gay guys dick just to see what its like. 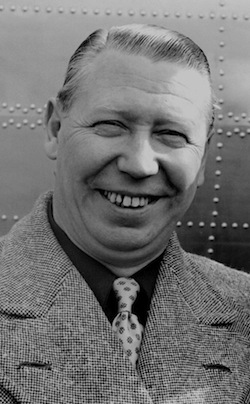 THE name of the new royal baby is a reflection of his parents’ deepest passions, it has been confirmed.

A Kensington Palace spokesman said: “As a keen ukelele-banjo player His Royal Highness regards Formby as a god. He watches his films and listens to his recordings until the early hours of the morning, memorising the words and studying Formby’s mannerisms.

“At formal dinner parties he will perform his steadily improving Formby impersonation and is keen for the entertainer’s life and work to form a central part of the school curriculum.”

The baby is also named after Scottish inventor Alexander Graham Bell to reflect his parents shared amazement at the existence of the telephone.

The spokesman said: “The Duke and Duchess still cannot believe telephones are real. Every time either of them finishes a call they put down the phone, shake their heads and say ‘how on earth did that happen?’.

“When the first smartphone appeared on the market, they both fainted. The Duchess believes Alexander Graham Bell was an extra-terrestrial.”

The baby’s third name, Louis, was chosen because his parents are both huge fans of the American character actor Louis Gossett Jnr.

The spokesman added: “But not for his Oscar winning turn in An Officer and a Gentleman, which they regard as hackneyed. They prefer his performance in Jaws 3-D, which they describe as ‘Battleship Potemkin, but with sharks’.

“The Duke says it could only have been improved if it had a soundtrack by George Formby.”