A POPULAR new bedtime book called Mr Daggerteeth is about a monster that eats children who make any sort of noise or movement during the night.

Author Wayne Hayes explained that rather than lulling them to sleep, the book aims to paralyse troublesome infants with terror.

He said: “Mr Daggerteeth is a deeply evil monster with leathery skin and a big round head full of teeth like kitchen knives. I suppose you’d describe him as a fiend.

“He lives under the bed and if he hears any sound louder than a heartbeat, or sees a foot touching the floor, he pounces and drags the child off to live in Nightmareland forever and ever.

“In the book, the only way for children to survive the night is to keep very, very quiet between the hours of 9pm and 8.30am, which is when Mr Daggerteeth goes off to work in the soul-bottling factory.”

Hayes invented the character of Mr Daggerteeth to coax his own children into a terrified, motionless state at bedtime.

He added: “At first my wife was horrified, but she soon came around when she realised how quiet it made them. Now nothing interrupts our sleep, occasionally we hear some light sobbing but that’s all.” 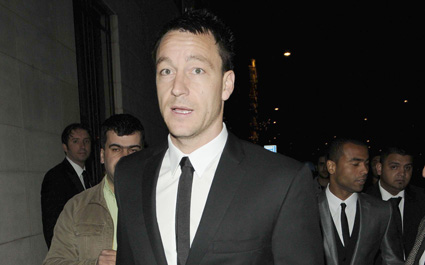 JOHN Terry’s ego has been hauled out to sea to be broken up.

After being substituted during Chelsea’s 3-0 defeat to Man City, Terry verbally abused his ego, although he stopped short of using racial epithets.

Temporary Chelsea physio Stephen Malley said: “Shortly before Mr Mourinho fired me for wearing the wrong colour of disposable gloves, I could see John in the dressing room kicking his ego and demanding that it get up.

“He was screaming that without it he was just another bloke from Essex approaching middle age with a pathetic haircut.”

The ego was removed from the Etihad stadium by a team of disposal experts expected to work with Chelsea in the near future on Jose Mourinho’s ailing sense of self-worth.

It will be broken up fifteen miles out to sea to ensure no pieces wash up on shore and cause holidaymakers to think they can go around shouting at people in airports.