FACEBOOK users will soon be able to tell when people are pretending not to have seen their posts.

Users will received an ‘Ignored By’ alert when someone scrolls quickly past their updates, or avoids clicking on a message despite having clearly seen it.

Facebook CEO Mark Zuckerberg said: “The truth will probably hurt, but Facebook has long been dedicated to making you feel socially inadequate.

“Your friends are not too busy, they just don’t want to have to think about you right now.”

Mary Fisher, from Nottingham, said: “I maintain healthy relationships with my Facebook friends by ignoring 90 per cent of what they say and do.

“If people ask me if I saw their message, I usually just say, ‘no, sorry, I don’t really use Facebook that much,’ even if I’ve been refreshing it 12 times an hour.

“My mother thinks I log in once a fortnight to ask her opinions about baking. Now she’ll know I’ve cold-shouldered everything she’s ever posted about Jason Donovan.”

Fisher’s mother Alice said: “I’ll have to start feigning enthusiasm when Mary uploads a lot of arty photos from her expensive camera. That’s hard because they look as if they were taken by an animal.”

I may not be as brilliant this time round, warns Phil Collins 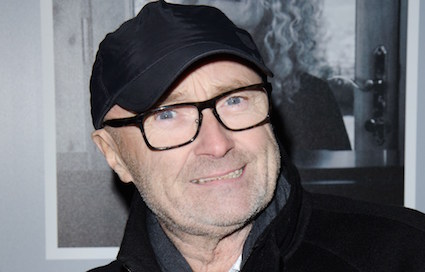 PHIL Collins has warned his comeback may not see him match his solo career in which he became one of the top five musicians of all time.

Although he promises to be much better than anything recorded since 2000, Collins asks fans to be patient.

Collins said: “Remember how with You Can’t Hurry Love I made a record that was better than anything Tamla Motown ever put out and forced Diana Ross to change her name?

“This time round I’ll probably just eclipse a bit of the Motown canon, such as all the stuff by Stevie Wonder. I am still semi-retired, after all.”

He added: “And remember that thing I did of not requiring people to wear a jacket? Now I’ll probably require it a bit.”

Collins also hopes to restart his film career, but warned that if he was to star in a remake of The Long Good Friday it may end up being only as good as The Godfather.