GCHQ has opened its headquarters and outstanding collection of confidential data to the public for the first time.

Anyone who pays the £1.50 entrance fee plus 50p Gift Aid donation is free to wander around the iconic circular building near Cheltenham, messing with whatever they like.

GCHQ director Dr Helen Archer said: “We’ve been keeping ourselves a secret for too long.

“We’ll set up a proper tour at some point with velvet ropes to keep the kids off the decryption engines, but for now it’s a free-for-all.

“Attendance at our lunchtime Meet the Spies! sessions in the subsidised canteen is soaring, and for a real thrill just type your own name in and read about all the times we’ve watched you for nothing but our own amusement.”

Father-of-three Bill McKay, visiting the facility with his children, said: “What is it? GHCQ? Never heard of it.

“We only came in because it was raining.”

The Mash guide to the FIFA presidential elections 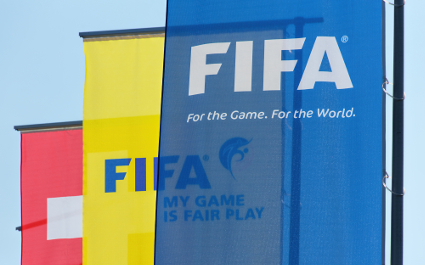 THE race for the FIFA presidency is on, but who are the runners and riders?

Sheikh Salman bin Ebrahim al-Khalifa: Anti-corruption candidate known for his passionate hatred of football and everything associated with it.

Prince Ali: Anti-corruption candidate popular with the African nations, but rumoured to be nothing more than a street thief empowered by a magic lamp he found in a cave.

Lance Armstrong: Anti-corruption candidate who has vowed that he will clean up the sport after he wins everything.

Gandalf the White: Anti-corruption candidate, odds very much against.

Tokyo Sexwale:  The famous sex whale of Tokyo and the last of his kind in Japan, a lock with Asian nations but can only serve a single term before his metamorphosis begins. Pro-corruption candidate.