In 2011, I retired from the music industry because I wanted to be a full time dad to my two young sons. But now I’ve changed my mind. The horse is out of the stable and I am raring to go, because, frankly, children are tiresome, selfish bastards who wipe jam on everything and make you watch Octonauts for five hours every day. I’m tired of the thankless drudgery of full time parenting and want to get back to real music, preferably of the variety that doesn’t involve an irritating fat bloke singing about his spotty bag. Will all the internet mums judge me?

When I grow up I want to be a rock star too. Or at least I did, before my mummy read in the Guardian that the latest thing was kids doing coding. Now me and all the other children aren’t allowed to want to be rock stars, or teachers, or firemen. We all have to go to coding club and tell everyone we’re going to be the next Steve Jobs or we’ll bring shame on our families.

Lanyard-wearers believe it protects them from witches 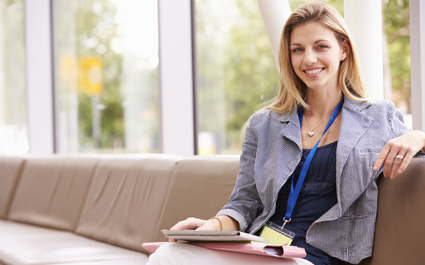 PEOPLE who insist on wearing ID lanyards outside the office believe they offer protection from black magic, it has emerged.

Researchers found that workers displaying laminated tags in pubs and on public transport are convinced they ward off all forms of evil spells.

Roy Hobbs, an IT professional from Slough said: “The lanyard doesn’t just offer security in the workplace. Its power is universal.

“I am fairly sure the woman running the local sandwich shop is a sorceress but her penis-withering curses just bounce off it.”

Accounts clerk Janet Fisher said: “The security tag not only keeps bad things away, it also attracts good ones, and if you keep it on during intercourse you can’t get pregnant.”

Professor Henry Brubaker of the Institute of Studies said: “We previously believed that people who wore work tags in bars were bolstering their fragile egos by letting everybody know they had a white-collar job. We now know that they are far stupider than that.”