'Cool' guy turns out to be a Christian

EVERYONE is incredibly surprised to discover a ‘quite cool’ 33-year-old man is a Christian.

Magazine designer Joe Turner regularly confuses people by appearing normal then revealing he believes an ancient supernatural being is controlling the universe.

Co-worker Nikki Hollis said: “Joe dresses fashionably and comes to the pub with us, yet also thinks he’s going to live forever in Heaven with his friend, Jesus.

“I had no idea he was a Christian until one lunchtime he casually told me God loves us and the Bible contains all the information we need to reject the path of sin.

“Then he just ate his tuna baguette.”

Hollis added: “He also seems to have girlfriends like a normal guy, but I thought sex before marriage was wrong. Maybe they’ve changed the rules, which is a bit unfair on all the people who’ve already gone to Hell.”

Turner said: “I’m just an everyday guy who goes to work, watches the footie and believes in the teachings of Middle Eastern prophets from 2,000 years ago.

“For me Christianity is about spiritual growth and being a good person. You’ve got to ignore bits of the Bible or I’d have to give away all my possessions and kill Steve in marketing for being a sodomite.” 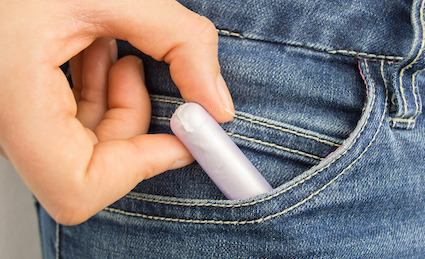 A CONSERVATIVE MP has been praised for saying the word ‘tampon’ without turning red and falling over.

Norman Steele, 59, became the first Tory MP to refer to tampons by name, retaining his composure while his colleagues began snorting and wheezing at the thought of the feminine hygiene products.

Steele hesitated briefly before intoning ‘tampon’ in a throaty whisper, while explaining that VAT on them should not be abolished.

He said: “It went against all my instincts to say the word ‘tampon’ aloud, but I needed to make clear which female sanitary products I consider a taxable luxury, namely, all of them.”

Helen Archer, a political historian, said: “Whenever tampons have come up in the past, Tories have tended to use use terms like ’unthinkables’, ‘spark plugs’, and ‘lady corks’.

“Some members like to say ’women’s business’, but it’s never clear if they’re referring to tampons, frilly underwear or doing the washing up.”

Archer added she was hopeful a Conservative MP would successfully say the word ’menstruation’ by 2040.