As new figures show that brassy, sassy hard-drinking female singers from the Dark Place have never been wealthier, researchers stressed it is the worst thing that has ever happened and that we are all going to die.

Professor Henry Brubaker, of the Institute for Studies, said: "It is now a question of when, not if, they seek dominion over all living things.

"My computer modelling shows that the noisier they get, the more wealth they accumulate, until eventually they have all the money and everyone has either gone deaf or thrown themselves in front of a crocodile.

"Those that remain will be at the mercy of these earthy, wide-hipped maniacs with their push-up knockers and insatiable appetites."

Brubaker said Charlotte Church was now the dominant noisy Welsh girl and was using rugby man Gavin Henson as a sperm pump to create a platoon of regional governors who are not as stupid as they sound.

Meanwhile the very slightly quieter Katherine Jenkins is cultivating her image as the 'forces' sweetheart' so that she can one day buy the army and use it to enforce the whims of Church and her Cardiff drinking gang.

He added: "Everyone was focused on the banks and the bonuses, but all the while Church and Jenkins have been quietly accumulating enormous piles of cash. Except of course that they weren't quiet, they were unbelievably loud. And we stood there and did nothing.

"Future generations – if there are any – will hate us like Nazis."

Ryanair to follow passengers home and wait outside their house 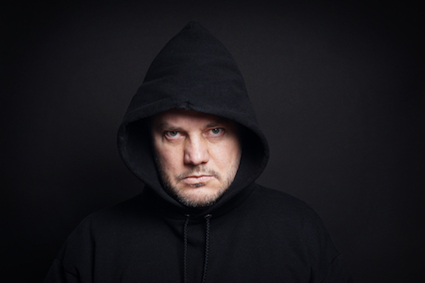 RYANAIR has agreed to pay compensation to stranded passengers but said it was also going to follow them home and wait outside their house.

The budget airline confirmed it will abide by EU rules and pay for stranded passengers’ food and accommodation but only if it can then mount a campaign of fear and intimidation against every last one of them.

A spokesman said: “You can have your money but you’ll wish you were dead.

“We’ll be waiting for you coming out of the airport car park and then we’ll sit on your bumper all the way home, flashing our headlights and beeping our horn.

“Then we’ll play the car stereo really loud in the middle of the night and spray paint a big fat cock under your window. And then, when your wife or teenage daughter comes out the front door we’ll say really dirty things to them.”

Doncaster housewife Helen Archer was targeted by a Ryanair gang last September after claiming a partial refund for being punched in the face by chief executive Michael O’Leary.

She said: “They were horrible, actually. They followed my little boy to school and pulled his trousers down in front of everyone. Then they kept throwing a tennis ball into the middle of a busy road so that our dog would run after it.

“And finally they stuck something through our letter box which I’m pretty sure was human poos.”

She added: “If it happens again this year I’m probably going to switch to easyJet.”