Non-competitive woman just likes being the best at everything

A WOMAN has insisted that it is definitely not a competition and she simply ‘enjoys’ being really good at things.

32-year-old Anne McAlister said: “I can’t help it if my success means that others are doing worse than me in comparison.

“I just like doing very, very well because of the way it makes me feel. The fact that others don’t get to experience that feeling is nothing to do with me. It’s the participating that counts. I can’t help it if I’m the best at that.”

Boyfriend Tom Logan confirmed: “She’s never been competitive. She wishes every success for all of her friends. Even the one whose career she is actively trying to destroy.

“Yes, I suppose she is a lot more frightening than anyone else I’ve ever met, but she does seem to enjoy it enormously.” 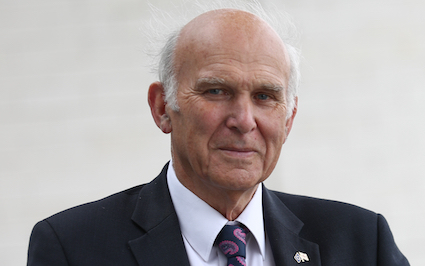 VINCE Cable has unveiled plans to appeal to younger voters by saying he is going to vote for Jeremy Corbyn too.

Cable, who became Lib Dem leader after the only challenger was former Wimbledon and Newcastle United boss Joe Kinnear, is hoping the approach will entice a new generation to the tiny party.

At  a party event in Dorset, Cable said: “I think Corbyn is ‘the bomb’. Like Donatello from the Teenage Mutant Ninja Turtles or Jet Set Willy.”

He added: “I know it’s pretty uncool for people over 50 to say they vote Lib Dem so getting 16-25 years to vote for us must be totally red hot.

“Which I assume is what young people say about things that are really ‘uncool’.”

Cable added that Theresa May was totally ‘whack’ before doing the devil’s horns sign and attempting to skateboard off the stage.

One onlooker said: “He fell off and really fucked his knee.”