Don’t call me stupid, says Brexiter before saying something stupid

A BREXIT supporter is  sick of being called stupid despite continually saying stupid things, it has emerged.

Martin Bishop said he hates people assuming he is unintelligent, before confirming the stereotype with some uninformed ranting.

Bishop, from Doncaster, said: “Calling Brexiters stupid is deeply offensive. It’s actually a form of racism, like how black people were treated during slavery.

“People say we don’t understand how the EU works, but I understand perfectly well it’s a fascist organisation and all the other member states want to leave but the Germans won’t let them.

“It’s disgusting how they charge us billions and we get nothing in return. Well, we’re free now and we’re not scared of their so-called ‘EU army’ because it’s well known foreigners are useless at fighting.”

Bishop then went off on a disjointed ramble about Brexit being a struggle between honest Northern folk and greedy middle-class people ‘down south’ that seemed to rely on an entirely fictional version of British geography.

Couple split after empty Pringles tube put back in cupboard 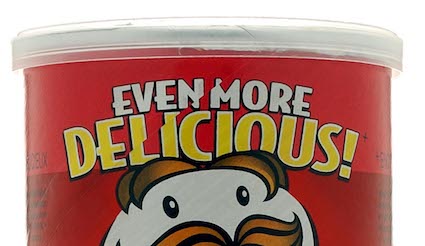 A COUPLE has been torn apart by a cynical act of Pringles-based selfishness, it has emerged.

Tom Booker and Marica Billings split last night after an empty Pringles tube was returned to a kitchen cupboard.

Billings, 34, said: “I’d had a few of glasses of rosé and really fancied some sour cream and onion-flavoured Pringles. I was sure we had some, because I felt like they had been calling to me.

“Except, when I finally went to the cupboard, the tube was light. Too light. Something was very wrong.

“I shook it, tentatively, but nothing happened. ‘Surely he hasn’t,’ I thought. But, upon lifting the plastic lid, I discovered, to my horror, that he had. Tom had finished the Pringles and then put the empty carton back into the cupboard, like a fucking maniac.

“It’s not even like we could go out and get more, as we were both over the legal limit. We were marooned.”

Booker, 36, added: “Marcia once watched me pour what she knew was expired milk into my tea. Just two weeks ago, she threw a banana peel into the bin when there was no bin bag in there.

“I put the empty Pringles tube back in the cupboard deliberately. I think I wanted to bring everything to a head.”