PEOPLE who do not have children know more about raising them than those who do, it has been confirmed.

According to new research parents came bottom of the table with a wildly haphazard approach to child-rearing involving far too many DVDs and corn-based snacks.

Roy Hobbs, 56, who spent too long in the navy to settle down and start a family, said: “Parents are liberal do-gooders who don’t understand that children need boundaries and discipline.

“If they got locked in cupboards overnight as a punishment there wouldn’t be any crime.”

Mary Fisher, 48, who always knows exactly what to do,  said: “Parents are the kind of irresponsible people who have sexual intercourse, which everyone knows is disgustingly unhygienic.

“It’s all about fresh air. If kids were made to go outside instead of staring at computers the oxygen would make their brains grow bigger and they would all have IQs of about 200.” 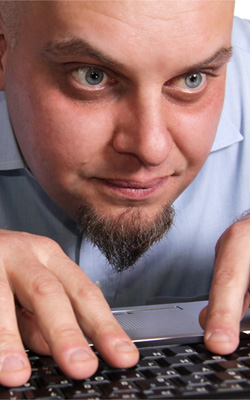 AN internet user who spends most of his time praising free-market capitalism is entirely dependent on his mum.

“She does it because she wants to”

33-year-old Tom Logan argues against any form of collective provision in internet debates, despite being relying on his mum for everything including the laptop he writes on.

Office worker Logan said: The free market is the best way to provide for peoples needs, although the housing bubble has meant my mum had to give me her life savings to buy me a nice flat.

The private sector is also cheaper and more efficient than the public sector, apart from my terrible local bus service, so its lucky mum was able to lend me the money for a car.

The welfare state just makes people dependent on handouts. This is in no way comparable to the money my mum gives me every month when Ive run out of cash, because thats a loan that just happens not to have a repayment date.

The problem these days is that people expect things to be handed to them on a plate. Excuse me, I think mums just arrived with a load of lasagna for the freezer.

Jilly Logan, 60, said her sons confused economic views began when she failed to explain that getting money from the tooth fairy was not a genuine business transaction.

She added: Its good hes making friends on the internet. Maybe one of these days he can have all his little chums from the Daily Telegraph website round for tea.