A NORTHERN Dad has pretended he forgot that his son asked for a glass of red wine in their local pub and just bought him a pint instead.

Bill McKay took his son Paul out for a drink to his local after Paul came back home from ‘the South’ for the weekend.

Bill McKay said: “I did clearly hear him say, ‘I’ll have a large glass of red please, Dad’.

“But for some reason when Norman, the landlord asked me what I was having I said, ‘two pints of usual please, Gary’.

“Then when I took them back to our table I had to go, ‘Oh, you asked for a wine, didn’t you? I’m sure I’m getting bleedin’ dementia or something’.

“I know he didn’t believe me but I’m pretty sure he enjoyed both the pint and not embarrassing me.” 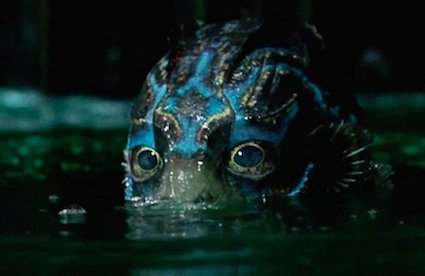 A WOMAN would not have a problem going out with a grotesque amphibious creature compared to most of the men she has dated, she has revealed.

After seeing The Shape of Water, Donna Sheridan reflected that the mute aquatic monster was actually more normal than her roll-call of oddballs, wankers and deadbeats.

Sheridan said: “The creature doesn’t talk, but that’s not really any different to Iain who used to silently read steampunk graphic novels every night, pausing only to feed.

“The fish thing is quite weird, with gills and whatnot. However compared to that hipster twat Marcus with his waxed moustache and ironic Cannibal Corpse t-shirts he’s very presentable.

“There’s a bit in the film where he eats a cat, but it’s not much more disgusting than Peter who used to fart unselfconsciously in restaurants.”

She added: “I could definitely see myself going out with a kind, thoughtful amphibian. I’m not that into swimming but exploring lakes and ponds has to be better than going to the pub with Lee’s arsehole five-a-side mates.”