Not worth going anywhere once you factor in parking, study finds

A STUDY has revealed that the ballache involved in parking your car when going anywhere makes it not worth leaving the house for anything at all.

Researchers found that circling endlessly around car parks, trying to reverse park on busy city streets and paying absolute shitloads for the privilege counteracted any enjoyment from shopping, visiting beauty spots or going on holiday.

Professor Henry Brubaker, of the Institute for Studies, said: “Technically there is good stuff out there in the world. But there’s no way you’ll ever enjoy it once parking’s involved.

“You might pretend you’re taking in that nature reserve or having fun at Alton Towers. But all you’re really thinking about is the twatting machine that ate your coins or the f**king app that refused to download.

“87 per cent of visitors to a lovely Cornish beach were, when questioned, entirely focused on having to leave the car parked in a dodgy corner spot where someone’s bound to scrape it. The other 13 per cent were children.

“Staying home is much better for your mental health than trying to watch a film terrified that you’ll come out and there’ll be a ticket on the windscreen, or worse yet a clamp on the wheel.

“And don’t even think about public transport. That’s far worse.”

The horror of Crazy Frog explained to the under-25s, by a survivor 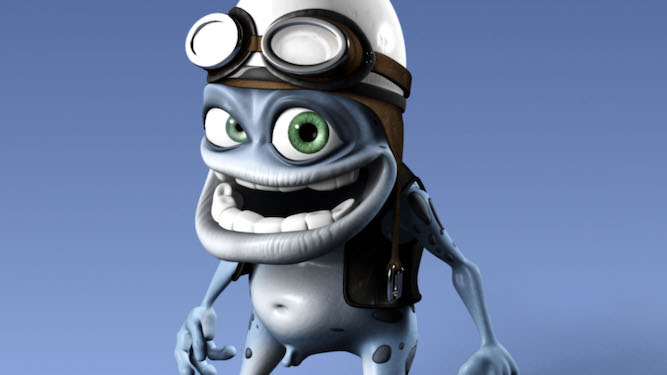 YOU’LL never know what it was like in the mid-00s. The torture we were put through. The unimaginable horror. But, as It threatens to return, I’ll try to explain.

Before then, frogs were genial, loveable characters. Kermit from the Muppets. The Budweiser Whazzap frogs. Those lovely fellas from Paul McCartney’s career low, We All Stand Together.

Then, without warning, came Crazy Frog. Devised by the CIA as part of their psyops programme for use in Guantanamo Bay, he escaped into mass consciousness like a weaponised virus from a Wuhan lab.

Picture a blue cartoon frog wearing an old-fashioned motorbike helmet, goggles, an undersized leather jacket and nothing else. His penis dangling as free as the wind. Yeah. His penis.

Then imagine him imitating a moped as he pretended to ride one. Noises irritating enough to shatter fragile minds. Then imagine the twat you work with who gets 200 calls a day downloading it as his ringtone.

Even if you hated Crazy Frog, like an estimated 100 per cent of the population did, you couldn’t escape him. He had a number one f**king single. Horror was piled on horror. Merchandise. Three albums.

In time, his star faded. Those of us who’d made it through believed he was gone. We built families, lives. But now his dreadful shadow threatens to fall on us again with a Christmas single.

Know this, millennials and Zoomers. He was the f**king worst. So whenever anyone older criticises your irritating TikTok bullshit, remind them of Crazy Frog. That’ll shut them up.