DESK staff at a Swindon company have studiously ignored a maintenance man.

Sales operatives at the telesales firm took pains to not notice the man in overalls, neither greeting him or offering him a cup of tea.

Team leader Tom Logan said: “If I speak to him people might think I know him, or worse still that we are somehow related.

“He’s not like us. Look at him, he’s all leathery and he carries a little ladder around.

“I bet his van is really disgusting, all littered with snotty tissue, crisp packets and unpaid parking tickets.”

Administrator Mary Fisher agreed: “The key thing is not to make eye contact. Then he might speak to me, probably about chips or fighting, and I would have to ignore him.

“One of the team brought in some doughnuts today, I hope he realises they aren’t for him. I don’t want his greasy hands touching them.”

The office workers refused to comment on speculation that the maintenance man earns twice as much as they do.

Andrew and Fergie have no recollection of previous marriage 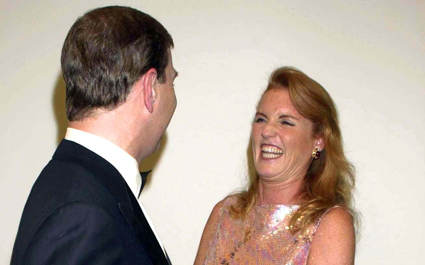 PRINCE Andrew and the Duchess of York have begun a romance that neither of them realises is their second.

The couple, who were married and had two children during the 80s, have no servants from that period who could remind them that they have done all this before.

A source said: “They’re at the flirtation stage. Andy’s saying he’s always fancied redheads, she’s flicking her hair and saying she likes a man who can fly a helicopter.

“Then they laugh loudly and horsily and guzzle more Pimm’s.”