AN IMMUNITY to caffeine has led to a growing number of office workers
switching to crack, according to new research.

Experts said an increasing number of British workers are using the high strength drug in a bid to manipulate time and fill themselves with the pure euphoria they need to get through a marketing seminar without bursting into tears.

Professor Henry Brubaker, of the Institute for Studies, said: “The effects of caffeine do now seem to be overstated but even a little bit of crack can see an average staff member produce 70 pages of work an hour, even if most of it is barely-comprehensible obscenity.”

Increased crack consumption has also helped productivity as more workers forego food-based lunch breaks to stay at their desk and pound their keyboards in a spittle-flecked fury.

One coffee vendor outside Bank station in London has started selling
crack-laced hot drinks to morning commuters hurtling toward their
ten-hour living nightmare.

Charlie Reeves, owner of Crackaccinos,
said: “One of my customers works on the 43rd floor of the Natwest Tower
and since I’ve changed to crack drinks he’s stopped taking the lift.”

Meanwhile, Professor Brubaker has advised companies to look out for the key signs of employee crack-breaks, including plummeting weight, severe depression, fight clubs and a firmly-held conviction that a swarm of crayfish are living under their eyelids. 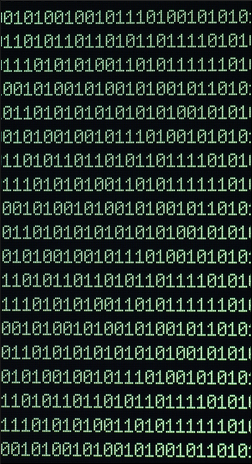 THOUSANDS of television viewers still believe that Cheryl Cole is not a
special effect created in a damp bedroom, it emerged last night.

The broadcasting watchdog OFCOM launched an investigation after consumers claimed a product advertised by the latest version of the Cheryl Cole graphic made their hair smell of rotting dolphins.

An OFCOM spokesman said: “After receiving a number of letters full of spelling mistakes, we would like to clarify that Cheryl Cole isn’t a real person, with actual hair.

“Cole is, of course, a computer-generated, manga-esque promotional image designed and maintained by a team of priapic teenagers working shifts in a dingy, fetid bedroom in Stoke littered with copies of White Dwarf magazine and a job lot of Triple Velvet.

“And that is why the bottle of off-white goop you bought has failed to make you look nice, despite its clearly beneficial effects on Cheryl’s non-existent hair.”

He added: “In a purely technical sense this sort of thing is completely immoral.

“But without the ethically flexible duping the mentally unfortunate into buying hair products, our economy would soon be reduced to car boot sales and a ragged, undernourished peasantry bartering for carrots.

“It’s better to just think of L’Oreal adverts as a sort of world-weary version of the tooth fairy for women who read Closer.”

Nineteen year-old Wayne Hayes, one of Cheryl Cole’s creators, said: “She does look pretty realistic, apart from the eyes which are basically just black dots. I did the tits and the arse. You’re very kind.”

He added: “We are getting better at it with each version. Our first attempt to generate a pretend woman turned out to be Kerry Katona.

“As you can imagine, the people at Iceland were absolutely furious.”