Office Workers Told To Stop Shitting On Each Other&#8217;s Keyboards

WORKERS in offices have been ordered to stop defecating on each other’s computer keyboards.

Tests by the consumer group Which? revealed that 90% of workplace keyboards now contain human faeces belonging to someone other than the keyboard user.

Which? said the main cause of contamination was workers being gripped by uncontrollable stomach cramps after eating a ghastly prawn sandwich at their desk.

Abby Quinn, a Which? researcher, said: "In an emergency the choice is limited to your waste paper basket, your filing cabinet, or your neighbour's keyboard. It's what they call a 'no brainer'."

Call-centre worker Danny Tilford said he emailed his boss to complain after one particularly bad defecation left his keyboard clogged with undigested sweetcorn.

"And who got the sack? Not Mr Shitter."

Voters To Choose Weirdos And Criminals 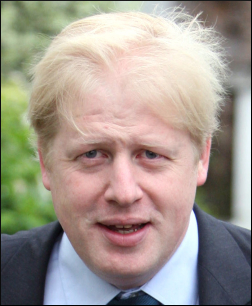 VOTERS are heading to the polls today in the biennial ritual of choosing exactly which oddballs and thieves will run their local council.

Pollsters are expecting a high turnout nationally of around 8%, meanwhile the tight mayoral race in London could push the figure as high as 10% in wards where people read the papers.

Tom Logan, a voter from Lincolnshire, said: "The Liberal Democrat chap is a Zoroastrian minister and has written five books about cheese. He's got a lot to say for himself.

"The Tory woman's interesting. She seems to think David Cameron is either a communist or a homosexual, I can't remember which. And she says the BNP guy may as well wear a badge saying, 'I love blacks'.

"But, to be honest, I think I'll plump for the Labour candiate. He looks absolutely desperate for a bribe and he hasn't even won yet.

"I reckon his eventual resignation, prosecution and imprisonment could be quite a laugh."

In London, Tory candidate Boris Johnson clocked-up his one millionth campaign pledge when he promised to stand over smokers with an umbrella, even though he found their habit to be 'disgustingly oikish'.