Official: Your Life Is Worthless

YOUR identity, your achievements and everything that is you is now worth less than a bag of funsize Mars Bars, according to a new report.

Internet security firm Symantec said the recession had driven down the value of stolen identities to the point where East European gangsters are giving away six of you for a fiver.

According to the report an entire Knutsford housing estate was sold for £20 while professional identities such as doctors and lawyers are being offered in conjunction with a free gift such as a DVD player or a pen.

Identity expert Henry Brubaker said: "You may think you're hot shit amongst your friends, but to a Bulgarian fraudster you're little more than loose change down the back of the couch.

"A stock market trader used to fetch £100, but nowadays, by the time fraudsters have set up the bogus direct debit, their target is living in a skip and manipulating genitals for meths money."

Another cause of falling identity values is the sophisticated methods used by scammers who often send emails that start off by saying they are not asking for your account number before it turns out that they are.

Symantec stressed the report should not stop consumers buying their premium anti-virus software package, even if it is obsolete by the time you get it home.

A spokesman said: "The latest version includes some really exciting new phrases such as 'shop with confidence' and 'botnet phish detector'. Even better, it will install 5GB of incredibly vital stuff you don't need every 30 seconds, slowing down your computer to the point where you will gladly pay us £1000 to assassinate you."

Police To Target The Hippies With Video Cameras 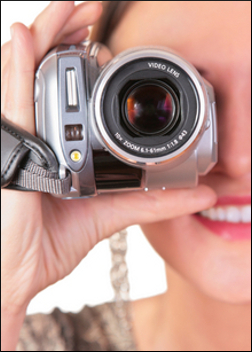 POLICE officers on crowd control duty have been ordered to give priority beatings to anyone holding a video camera.

The Association of Chief Police Officers (ACPO) said the new operational guidance would help to reduce incidents of the media reporting stories about policeman hitting innocent people incredibly hard for no reason.

An ACPO spokesman said: "In the midst of a highly-charged protest situation it is very easy for things to be videoed getting out of hand.

"The police have a very difficult job to do while at the same time preserving the democratic right to knock the absolute living shit out of communists and hippies without some bastard filming it on their phone.

"In future officers will refrain from unprovoked and indiscriminate attacks and instead focus their violence very precisely on anyone holding a camera.

"Only when this individual has been neutralised can the officers return to their core duty of running amok with a big, fuck-off stick."

The spokesman added: "In the interests of public safety it will remain standard operating procedure to beat someone unconscious as quickly as possible in order to prevent them sustaining a more serious injury.

"Experience tells us that if someone is still struggling on the ground they run the very significant risk of an officer kicking them repeatedly in the kidneys."