77-year-old Norman Steele and his partner Roy Hobbs have been running a post office and convenience store in Gloucestershire for over a decade, while possibly spending their weekends writhing in a pool of drug sweat with up to thirty naked homosexuals.

Villager Stephen Malley, who recently read about ‘chemsex’ in the Telegraph, said: “I never thought about Roy and Norman as depraved hedonists on a self-destructive spiral of meth and GHB-fuelled unsafe group sex.

“But last Monday Norman said he was ‘tired’, which suggests that he spent the weekend doing heroin in the shop’s store room which is actually a sex dungeon.

“Also last week they ran out of brown envelopes, probably because they’d been soaking them in liquid ecstasy then sticking them up their arses.

“And they sell scratchcards, which are a sort of drug when you think about it.”

Man believed to be flirting 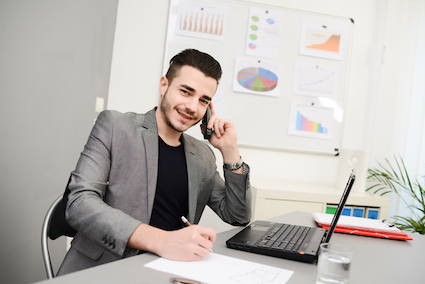 COLLEAGUES of Tom Logan believe his recent unusual behaviour maybe his attempt to flirt with a woman.

Logan has worried coworkers by turning up to the office with an obvious ‘hairdo’, professing to like bands he has clearly never heard of and loudly discussing his proficiency in several martial arts.

Stephen Malley said: “Tom had us all worried as it seemed he had taken a dangerous combination of prescription drugs.

“He seemed to lost many of his motor functions and was speaking in a loud, unnatural way about things he has never previously taken an interest in, sometimes laughing in a manner bordering on the hysterical.

“Then we realised he only acted this way when he was in a close radius of Emma’s desk. It’s tragic to witness, but we can’t stop ourselves from gawping at it.”

Emma Bradford said: “Tom has been hanging around a lot lately, but I think he just likes having someone to discuss his gym workouts with and to read his sonnets to.”