UNPAID workers at the Olympic site will be given surface-to-air weapons and asked to look out for anything suspicious, it has been confirmed.

Volunteers are to be handed portable rocket launchers after it emerged that the government’s security contract only converted half a dozen alsatians and a rubber ink stamp for people wanting re-entry.

Lord Coe said Weve got very little time before it all starts so were just going to sit four thousand volunteers in front of a few training films like The Expendables and Die Hard II.

“To save on costs, they will also be encouraged to bring their own weapons from home, like knives. Or forks.

As a rough rule of thumb were telling them to attack anyone with a rucksack just to be on the safe side, and if they see a plane fly over the area theyre to shout Scatter! at the top of their voice before opening fire. Luckily the rockets are easy to use because they’re heat-seeking.

“Thinking about it, that probably means we should move the burger stalls out of the main arena.”

A small amount of heavy artillery has been issued to a handful of volunteers who are particularly good at Call Of Duty: Modern Warfare 3 and they will be deployed at the top of the Olympic Orbit Tower next to the fridge magnet concession.

Coe added: Once in a lifetime occasion. Amazing spectacle. Showcase for Britain. Under budget. There, will that do?

Flood victims finally getting the blame they deserve 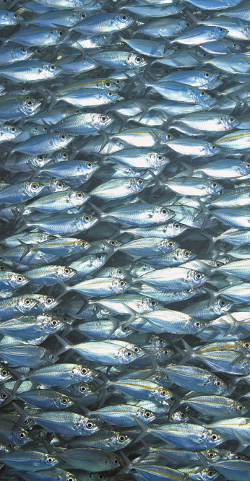 PEOPLE whose houses have flooded are responsible for most of society’s ills, it has emerged.

As environment secretary Caroline Spelman announced plans for a 10% increase in normal, dry, families’ insurance premiums to cover scrounging flood people or ‘floodies’, many have begun to wonder what else the water rats might be responsible for.

In some areas floodies have been rounded up, put in secure relocation camps for their own protection and forced to wear big blue drip patches on their shoulders so decent people know to avoid them.

Taxi driver Julian Cook said: Im supposed to feel sorry for them when theyre too bloody stupid to have their entire house coated in vulcanised rubber?

These people move to wet areas deliberately, so that when the houses inevitably flood they can sting the insurance companies.

“You see them on telly with their dingies and helicopters. How come they’ve got those things if they weren’t planning it?”

Appearing on todays Jeremy Kyle show are a flooded-out family of four, who will appear above the caption ‘Cant be bothered to close windows when its raining  and you foot the bill!’ while being howled at by an audience of hostile large people.

Housewife Nikki Hollis said: “They are the gypsies of the water. Aimlessly floating around on bits of old wood, claiming benefits and stealing copper.

“They’re not really a part of our society, are they? More like something from the unsuccessful Kevin Costner film Waterworld.

“You know they’ve got gills.”