Online daters at risk from people pretending to be quirky

LONELY individuals seeking love online are being exploited by people who pretend to have funny little ways about them, it has emerged.

Experts at the Institute for Studies warn that many dating website profile holders who claim to be subtly unique from the rest are in fact quite the opposite.

Professor Henry Brubaker said: “We tasked our researchers to engage in correspondence with individuals who claimed to have something a tiny bit magical about them, be it an obsession with films about talking spaniels, a lopsided smile or a cat that looks like a watermelon.

“One person, let’s call her ‘Amelie’, described herself in her profile as having a love of crazy knitwear, clattery insects and impromptu tea parties in the most unlikely locations.

“She made a direct claim to being a ‘creative type’.

“During our email exchange, this person repeatedly referred to said traits, and although her prose style was a little more conventional than such unusual tendencies might suggest, she made repeated references to rummaging for weird things in funny old junk shops and 80s crisp flavours.

“However during the sting we set up in an organic coffee house, our ‘Amelie’ was revealed to work in a normal job, have no outward neuroses endearing or otherwise, and thought Gerard Butler was attractive. She talked mostly about how hard it is to buy a flat, and a recent holiday in Spain.

“The whole thing was a cynical, kooky honey trap, a cruel web of thinly contrived endearing tics devised to draw the guileless into an uninspiring situation that could lead to a conventional relationship of the type not featured in tasteful graphic novels.”

Professor Brubaker added: “The men were just as bad.

“‘Bruno73’ states in his profile that ‘There is something to be learned from a rainstorm’, a direct quote from the cult Jim Jarmusch film Ghost Dog that proved to be nothing more than a coldly calculated piece of intellectual bait.

“When we met him he was an outwardly conventional sales manager who really liked his car and had no notable samurai characteristics.” 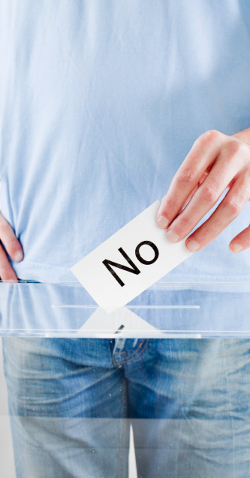 As the latest poll showed the ‘yes’ vote trailing by 16 points, the Yes to AV campaign said the only reason they were going to lose is because the May 5th vote is being held under the ‘archaic and unfair’ first-past-the-post system where the winner is judged to be the candidate who wins.

A spokesman said: “If the PR referendum used PR we would automatically pick up the second choice votes of everyone who voted ‘no’.

“The ancient Greeks had a special word for it. They called it ‘democracy’.”

Meanwhile David Cameron has stepped up his opposition to PR by stressing it could lead to handsome, decisive men having to share power with bald, self-regarding old frauds and whimpering cry-babies.

He added: “I just have this feeling that it would be a disaster.”

The prime minister was joined by Dr Lord Reid, the former Labour MP for Glasgow Toilet, who said that while the first-past-the-post system guaranteed people like him a job for life it was okay because he was fantastic.

Julian Cook, professor of playing politics at Reading University, said: “Voters would probably have been willing to believe that the Yes to AV campaign was based on a firmly held principle if it hadn’t been led by politicians.

“I honestly can’t think of a more avoidable fuck-up.”