Our bad-tempered behaviour is not a cry for help, say old men

ELDERLY men have warned the public not to try making friends with them.

As it emerged that many men will spend their declining years alone, aged males confirmed that beneath their crusty, irascible exterior there was only more irascibility.

79-year-old Roy Hobbs said: “Some people seem to think that when I tell them to fuck off I actually mean ‘I crave companionship, come and have some cake’.

“What I actually mean is ‘fuck off’.

“I spent most of my middle years hiding alone in a shed. Now I’m a widower and the kids have left home I can at last come in the house, because there’s nobody else in it.”

Hobbs warned especially against anyone trying to pick him up in a minibus and take him to some kind of community centre.

“I’ve got a small hostile dog and a cupboard full of Fray Bentos pies and I am fine with that.” 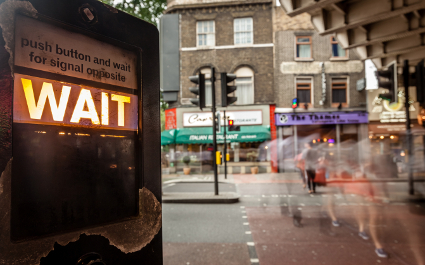 A TRAFFIC island which was the UK’s last piece of infrastructure has been sold to the private sector.

The island, which boasts assets like traffic lights and red bumpy pavement, sold for £12,200 to a Malaysian street management specialist.

Chancellor George Osborne said: “Thirty years ago the people of this country were burdened by an airline, energy network, telephone network, and postal service.

“Why, everyone asked, should these things be in the inefficient hands of the British state when they could be brilliantly run by the French or Chinese states?

“I am proud to announce from the SportsDirect House of Numbers, formerly 11 Downing Street, there is now nothing left to weigh us down.”

The island has now been temporarily closed to allow the construction of a Subway, Caffe Nero and La Senza, leading to 15 road deaths in the last 24 hours.