OFFICE worker Tom Logan tore off a friend’s limb after getting too into character during his party-piece primate impression, it has emerged.

34-year-old Logan’s ‘chimp act’, which typically involved him walking on all fours in a bandy-legged posture saying ‘ook’, was well-known among his social group.

The tragedy occurred at his wife’s birthday party, where it was drunkenly suggested that Logan ‘do his funny monkey bit’.

An onlooker said: “At first it was hilarious. Tom was lumbering about, scratching his buttocks, swiping at imaginary flies and pretending to be scared of a cigarette lighter.

“The limb came clean off, releasing an almighty torrent of blood.

“Tom brandished it like a weapon, swiping at us and repeatedly snarling ‘gok ah gook’ before clambering onto a balcony and beginning to eat the arm.

“After a lot of screaming and confusion an ambulance arrived, plus some other men who shot Tom with a tranquilizer dart.”

Animal impersonations expert Nikki Hollis said: “People pretending to be primates can be amusing, but it’s all too easy for them to disappear into the ape mindset.

“Last year 48 people were killed or seriously injured by comedy ape impersonators. If you find yourself near one, under no circumstances should you make eye contact.

“Back away very slowly, saying you’re going to get a drink.” 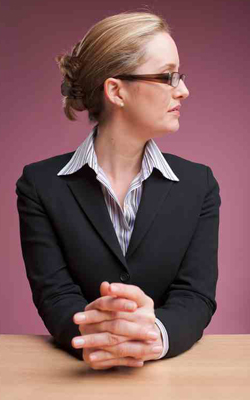 The threatened routine will take place on November 18th unless Human Rights activists secure enough signatures to prevent it.

Campaign organiser Wayne Hayes said: “It may be for a very good cause, but if George Alagiah puts on sequins and performs a mutant hokey-cokey to 9 To 5, the nation’s psyche will be irreparably damaged.

“Many UK viewers are still struggling to come to terms with previous newsreader Children In Need routines, which featured Fiona Bruce dressed as Lady Gaga and a suspender-clad Andrew Marr doing the time warp.

“During the latter performance, casualty wards were inundated with people whose toes had curled so rapidly and severely that their feet were inverted. One man in Rotherham cringed so hard that it triggered a lethal muscle spasm.

It’s unclear why raising money for Children in Need has become synonymous with newsreader cabaret, although Hayes believes the tradition harks back to the middle ages.

“However, these displays did not require the participants to dance to the Grease Megamix in an ill-advised skin-tight outfit. For which they probably would’ve been strung upside down and sliced in half while angry villagers pelted them with rotten fruit.

Hayes added: “There is a rumour that Alan Sugar may also appear, pretending to be very angry and pointing his finger at James Corden.

“If that happens, god help us all. Especially the children.”