PAGE 3 is not doing enough to mess with people’s heads, according to Rupert Murdoch.

The News International boss believes the sexual objectification of women needs to be done in a less stupid and more subtly malevolent way.

Murdoch said: “The semantics of big knockers have become increasingly complex and we need to catch up.

“In a post Mail Online-world, it’s frankly quaint to say ‘here are some tits, phwoar’.

“The Femail Today sidebar has proven to the media industry that you can have your tit-cake and eat it by combining scantily clad females with themes of body neuroses and self-loathing.

“Then you’re not excluding women, rather you’re inviting them into a death-spiral of self-loathing.”

To reflect changing attitudes to women’s bodies, ‘Page 3’ will be retitled ‘Look At This Fat Bitch’.

Murdoch said: “The picture content will be exactly the same, except the comical text where the girls quote historical philosophers will be replaced by snide remarks from an internet commenter with an emotionally barren life.”

Experts warn that winter could last until spring 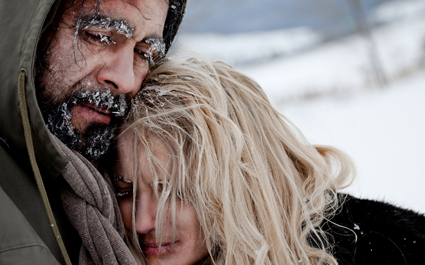 BRITAIN’S latest winter could last until it stops, experts have warned.

The Met Office is now predicting that spring will not arrive until the weather starts to warm up a bit and then stays like that for a while.

A spokesman said: “We had hoped that spring would start fairly soon, but if it’s snowing then it means it probably hasn’t.

“At some point it will change, maybe late March or early April.

“It should be fairly obvious.”