A MAJOR study has confirmed the existence of salivating, murderous clowns lurking under the bed of every child, Britain's parents said last night.

New research suggests the evil circus-performers are easily enraged by tantrums, demands for glasses of water and not allowing mummy and daddy to watch The Wire in peace.

Tom Logan, a parent from Grantham who commissioned the research, said: "Our results confirm that fang-toothed psycho-clowns will tear your arm clean off and then eat it.

"So terrifying are these homicidal knife-weilding maniacs that they now pose an even greater threat to our children than the naughty step."

Logan said the clowns look like Liza Minelli if her head had been covered in glue and then dipped in a bucket full of razorblades and teeth.

He added: "They can become especially alert if there is rhythmic squeaking noise coming from the bedroom of a parent.

"I suggest any child who hears this noise should stay exactly where they are. It should only last about 10 minutes, maybe 15 if daddy's had quite a lot of grown-up juice."

Jack Barnes, a six year-old from Knutsford, said: "I was a very noisy boy until daddy told me the story of Bobo the Slasher who lives under my bed.

"He said that if I refused to eat my tea or if I asked to go pee-pees after bedtime then Bobo would put me in a giant food blender and Supernanny could go fuck herself. 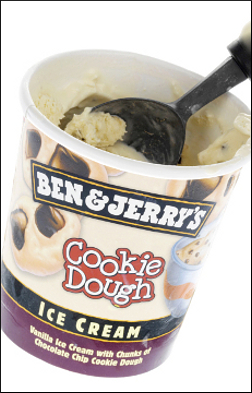 ACROSS the UK the search has begun for a business that is socially useful.

As city watchdog Lord Turner described banks as 'socially useless', experts called for a major study to discover a business that wasn't.

Professor Henry Brubaker, of the Institute for Studies, said: "A socially useful business is a bit like the Yeti. A few claim to have seen one but it always turns out to be nothing more than a blurry photo of some greedy little shit with a good PR company."

He added: "The mobile phone companies spend enormous sums of money trying to convince us that they are in some way useful, but it does tend to be undermined by the even greater sums of money spent on ringtones that sound like Alvin and the Chipmunks.

"Oil companies, on the other hand, are great at putting small, pointless wind turbines on top of large petrol stations where you can also buy lots of newspapers and magazines filled with detailed photographs of the slightly fat parts of famous women.

"And literally millions of man-hours have been spent on a series of studies to determine whether or not rail companies are socially useful and every time the answer came back 'no'. In fact the last time it came back in huge capital letters that stank of piss."

A spokesman for Tesco insisted: "Our socially usefulness strategy is multi-faceted and community focused. Whether it's handing your local high street over to an army of rats, making farmers dress up like Victorian prostitutes or selling lots of cheap, microwaveable food that will inflate your children until they go 'pop'."

Meanwhile Dubai has described Lord Turner's proposal for a new tax on bank profits as 'the best idea we've heard since we cut income tax to 5%'.

The Arab emirate's ambassador to the UK said: "We'll always have room for you, even if we have to build you a vast, floating office in the shape of a pound sign.

"It's lovely and sunny 24 hours a day and we'll turn a blind eye if you fancy a few drinks. All we ask is that you don't get your cock out on the beach."