PARENTS have denied having a ‘favourite’ child, claiming to find all their offspring equally hard to tolerate.

New research has claimed that a third of parents favour one of their children, prompting child owners to deny being particularly keen on any of the little shits.

Mother-of-two Emma Bradford said: “My youngest likes to do murals on the living room wall using faeces and Ribena, which is remarkably rank.

“But her ten-year-old brother chases the cat with a fork and calls me ‘witch face’.

“Sometimes I must admit that one gets on my tits more than the other, but you can’t treat them like that because you’ll screw them up.

“In my eyes they are both little gobshites, with their own unique annoying qualities.”

Father-of-three Roy Hobbs said: “To me they’re just big three-headed nightmares, like a tiny hydra that pukes a lot and fights itself.” 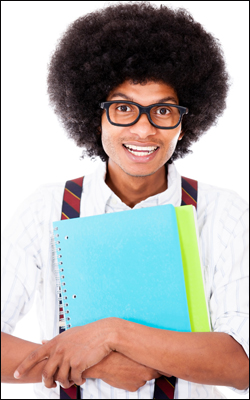 PRODUCERS of blockbuster movies have been dismayed by Edward Snowden’s failure to be either black, fat, or a fat black man.

Hollywood has called for a news blackout on Snowden following the revelation of his unexceptional whiteness, attractive girlfriend and dangerously non-pizza diet.

Action film producer Tom Booker said: “I cast hackers as black men and fat men because everyone else in the film’s slim, sexy and white and I need some comic relief.

“Now this caucasian guy comes along who doesn’t even wear shorts or live in his mother’s basement. What the fuck?

“Please tell me he’s at least some kind of savant with a weird speech impediment.

“Or that he’s going to be killed by a massive electric shock administered via his keyboard.”

The movie industry has been further damaged by footage showing Snowden using a computer in a well-lit room, rather than in darkness lit only by the green glow of a screen while hammering the keyboard like Jools Holland on meth.

The whistleblower also refused to confirm that he saved the leaked data on a USB stick while a progress bar titled DOWNLOADING SECRET DOCUMENTS AT 65% slowly filled as NSA agents cut through the door with a welder.

Responding to criticism that he wasnt a proper hacker, Snowden said: Okay, I borked the NSAs servers using a combination of array indices, ghost algorithms, and router panics, which digitally teabagged their firewalls.

Then I shouted Pwned, while chugging Red Bull. Happy now?