EVERY family in Britain lives no more than 50 miles from a predatory, News of the World phone beast, it has emerged.

The discovery has boosted the campaign for a new law that will force police to warn neighbourhoods if a News of the World employee is living nearby, how long they have known about it and how much they were paid to keep their mouths shut.

As it emerged the tabloid had been stalking murdered schoolgirl Milly Dowler, parents said it is vital they know where the dangerous perverts are living.

And last night campaigners demanded that politicians who tried to block the law should be ‘named and shamed’ even if it was just going to be a list of all the Tories in Parliament and probably Peter Mandelson.

But some have warned the move could lead to vigilante attacks, with stupid, angry crowds targeting things that sound a bit like ‘News-of-the-World-reporter’ while the journalists would ‘go to ground’ and resort to the opportunistic hacking of phones in swing parks and school playgrounds.

Meanwhile, Britain remains covered in its own sick after nearly 24 hours of violent, projectile vomiting.

Volunteer groups are now handing out snow shovels so the vomit can be scooped up and loaded onto massive trucks.

The trucks will then converge on News International’s east London HQ where the doors and windows will be sealed before hosepipes attached to heating vents pump all the vomit into the building until it fills up and drowns everyone inside.

Experts say that after three hours of constant pumping the roof will burst open revealing a towering fountain of top class British sick that will be visible from up to 12 miles away.

After all the sick has been used up the entire mess of bodies, vomit and concrete will be bulldozed into the Thames and the site used for a library specialising in homoerotic novels written by Frenchmen.

“I always think of him as the Gary Lineker of British newspapers. Whether he was sneering at the violent deaths of 300 Argentine conscripts, employing Garry Bushell or telling people they couldn’t get AIDS from straight sex, he was very much the Golden Boy. Where did it all go wrong?”

Speaking from his office in Tiananmen Square, Murdoch last night said he would somehow have to find a way of living with the shame, which would begin within minutes of him hacking into Mr and Mrs Dowler’s land line to see if they had fallen for his heartfelt apology.

He added: “How would you all feel if I said it was just a bit of saucy fun?” 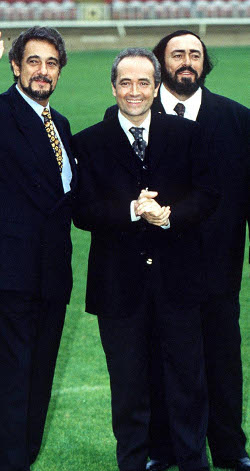 In a survey of year one primary school pupils, 97 per cent said watching some fat old men and women singing was the gayest thing they could possibly think of.

Kyle McKay, five and a half from Bridlington, said: “Look at that fucking nonce, prancing like a fairy.

“Why don’t you go home and sing to your boyfriend, you chubby freak?”

Amy Bishop, from Doncaster, added: “I don’t want none of your poofy opera, all poofing about and being a big gay bender.

“When I hear opera all I can think of is a boy kissing another boy. It makes me want to puke up my Coco Chunks.”

And Jason Hobbs, from Darlington, said: “My mummy made me watch Billy Elliot on the telly. If he’s not a total bum gayer then I’ll eat my Walt Disney World Paris baseball cap with the big Mickey Mouse ears on it.”

Meanwhile gay activists have protested at having to be subjected to British children.

A spokesman for the campaign group OKGay said: “We are recommending that all gay performers withdraw their co-operation from pantomimes, theme parks and children’s television.

“It is both sad and shocking that in the 21st century Britain’s under 12s remain completely inappropriate.”